Anzac Day 2015 events in London: what you need to know

Information about official events in London commemorating the Centenary of Anzac Day and the Gallipoli landings.

Anzac Day in London is a solemn affair for Australian and New Zealander expats. As visitors on foreign shores, far away from home, it is particularly poignant to remember the brave young Aussies and Kiwis who went ashore at Gallipoli, so many of them lost.

Three key Anzac Day services are held each year in London on 25 April, dutifully attended by thousands from the Antipodean community. With 2015 being the Centenary commemoration of that fateful day, expect larger than usual numbers.

Here are the vital details; times and venues for the official London Anzac Day events. As with the big ceremonies back home, get to bed early the night before, rug up and pack a thermos and some fruit. 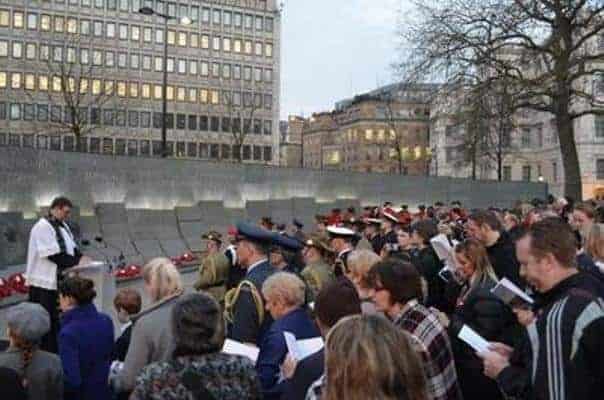 The service will last approximately 60 minutes. Tickets are not required, however it is asked that you carry photo ID with you. The site will be open from 2.30-3.00am and it is would suggested you arrive early and no later than 4.00am as we are expecting numbers to be higher than usual numbers are expected for the centenary Anzac event.

11.00am: Wreath Laying Ceremony and Parade.
@ The Cenotaph, Whitehall, London

The wreath laying ceremony at the Cenotaph on Whitehall has been designated as a United Kingdom National Commemoration for 2015.

For 2015 only, the UK Department for Culture, Media and Sport (DCMS) will lead organising of the service. For information on attending and/or participating in the service, you will need to contact DCMS online here.

Descendants of those who fought in the Gallipoli campaign are invited to participate in the Cenotaph service, either by marching or viewing the service from a reserved area. Others who are interested in participating in the March Past are also invited to register.

Members of the public who wish to attend but not participate do not require tickets. However, due to security constraints it will not be possible for the public to attend both the Cenotaph and Westminster Abbey ceremonies. It is requested if you already have a ticket for Westminster Abbey but would rather attend the Cenotaph, to contact organisers to arrange cancelling your ticket.

Due to higher than usual demand, seating for Westminster Abbey is now fully subscribed for Anzac Day 2015.

Those who successfully applied for tickets should have received them by now. You will be required to produce your nominated photo ID on arrival.

Information courtesy of the Australian High Commission in London.