BRON IN THE DON | Our resident London adventurer loves a good museum but she found her latest one, the Imperial War Museum, to be a little more sobering than she first thought. 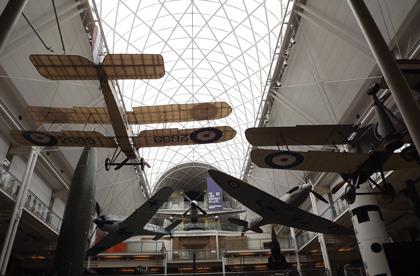 THERE are so many great museums on my London’s Top 100 list that when I get the chance to check one out, it is always hard to decide which one to head to. So, when three people separately raved to me about how great the Imperial War Museum was I decided to head over to Lambeth, check it out and tick off #64.

From what I had heard – only a couple of hours aren’t enough – you can get lost in all the information and it was all just so great and interesting. But I have to say the experience I had was very different from the one that I expected after such rave reviews.

Visa laws that allow parents of emigrants to live in Australia

Don’t get me wrong, the museum has heaps of different exhibitions from World War I to the troops currently serving in Afghanistan. Each exhibit features artifacts and paraphernalia alongside a wealth of information. The most impressive of these is the planes and tanks when you first enter the museum.

Not only do they have a detailed timeline of both world wars filled with relics they also have an exhibit about the UK Secret Service and how they operated throughout history. This was pretty fascinating especially when you saw that one of the Queens’ staff was a double agent.

However, there are two exhibitions that are not for the faint of heart. The first is the Crimes Against Humanity exhibit which focuses on genocide and ethnic conflict. This exhibit features quite a disturbing video of which I lasted all of five minutes before leaving as I was too horrified by the graphic content. In fairness to the museum they do warn you — I’m just not as brave as I think I am. The other exhibit that bears this warning is the Holocaust exhibition which I confess I didn’t step foot into. It was all just a bit much.

However I did enjoy the Portrait Gallery and the Lord Ashcroft Gallery, the latter features biographies and articles from those who have received the Victoria Cross. Listening to tales of heroism and bravery was uplifting for the spirit after the last few exhibits.

If you’re after an interactive experience you can volunteer to go into the trenches — well a replica, and participate in a blitz air siren and cower in a bomb shelter. Mostly though, the museum is all about reading through history and gazing at propaganda posters and spy devices.

Coming from the lucky country and being young enough to not be affected greatly by war I found the museum educational and sobering, which is a totally different experience to the historical and interesting museum visit I was expecting. I still enjoyed my time there though and it is definitely worth a visit but out of all the museums in the Top 100 — probably not my favourite.