An Australian approach to feminism in the UK

Many at my London university seem to be of the opinion that in order to be a feminist, you have to be involved with an official activist organization, or hold a piece of cardboard outside a building.

by Chloe Westley
in Expat Life 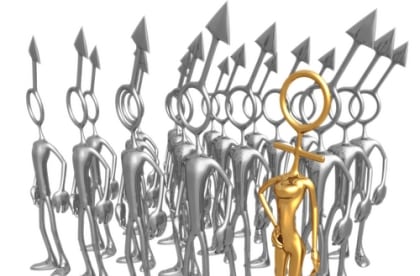 A woman walks into an office. 80% of her colleagues are men. Her boss is a man. Most of her female colleagues in this office are receptionists or assistants. She is asked by her male colleagues to do the photocopying, even though as a lawyer she is professionally superior to many of them. At meetings she is spoken down to, and her ideas are less likely to be taken seriously by clients. But she gets up every day, and goes to work.

A woman walks into a lecture theatre in the 1970s. There are three hundred other students. She is one of only two women who are undertaking a degree in accounting. Despite jokes being made about her, she goes to every single lecture and sits in the front row.

I grew up with these two women – the first being my mother, and the latter my high school accounting teacher – as role models. I have always been surrounded by powerful women, and because of this I have never second guessed my worth in the workplace.

I feel compelled to write this article in light of a strong feminist presence at my University. I’m really happy that young people in the UK are passionate about these kinds of issues; however I feel as though this passion is sometimes misguided. Many seem to be of the opinion that in order to be a feminist, you have to be involved with an official activist organization, or hold a piece of cardboard outside a building.

This concerns me, because I have a very practical definition of feminism. I do not personally feel empowered by the idea of women meeting for focus groups and conferences to discuss the gender divide. Yes, these conversations are important to have, but they are not a solution in themselves. I feel empowered by seeing women who are willing to work twice as hard to bridge the gap between men and women.

Julia Gillard, the first female Prime-Minister of Australia, only mentioned her gender when other politicians provoked her about it. She didn’t want to be remembered for her sex, but for her policies. Although I am not a member of her party, I would regard her as a positive role model, and she has empowered more women by being good at her job than most social campaigners could hope to.

Julie Bishop, on the other side of the political spectrum, is also an incredible role models for young Australian women. She, too, aspires to be judged on her professional record as opposed to her gender.

I’m incredibly grateful to sheilas who came before me, and fought for my rights to vote and have an education in Australia. I’m also grateful to those who dedicate their time to talk about important social issues like feminism. But I’m not interested in taking part in that world of activism.

I believe I can empower my future daughters more by dedicating my life to my career, whether that be in a male-dominated industry or otherwise. If I have to work twice as hard to get half as far, then that is what I will do. I don’t want to spend my time complaining about the glass ceiling – I want to shatter it.