A spooky day out to Highgate Cemetery

BRON IN THE DON | This week the London Top 100 list takes our resident adventurer to an eerie part of town. #87 Highgate Cemetery may be a little off the beaten tourist track but is still very popular, very beautiful and may yet just send shivers down your spine. 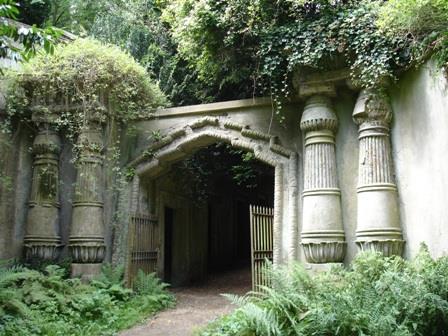 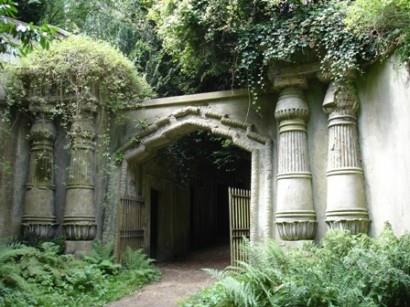 I KNOW that hanging out in a cemetery on your weekend sounds slightly morbid but when you visit Highgate Cemetery it is a perfect example of how interesting and beautiful they can be.

Highgate Cemetery was one of the ‘big seven’ cemeteries opened up in London in the 1800’s when there was overcrowding in churchyard graves. Since opening in 1839 the Highgate Cemetery has continued to bury Londoners from all walks of life with many different stories in its grounds. For the £7 entry fee (which goes towards the upkeep of the cemetery) you get about an hour long tour of the west cemetery which includes some of the oldest Victorian graves. Our tour began with a bit of a basic history of the era before setting off into the cemetery to the first grave. I must say that I can’t tell you too much about what the guide said at this stage because I was distracted by the many different types of graves, the beautiful carvings and statues and amazing autumn greenery that had taken over much of the area. 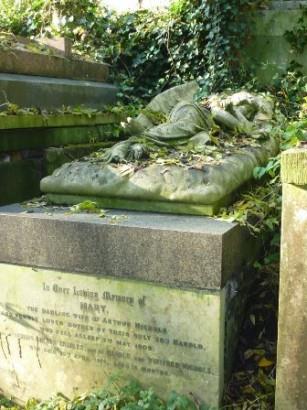 The tour moved slowly around the curving paths of the cemetery, stopping at a grave every now and then, where our guide would give us a bit of information about the person who was buried there or the symbolism of the carvings on the graves. He showed us the tombs of the Egyptian Avenue with a thousand year old tree growing in the middle and then took us up to an open mausoleum which was incredibly creepy.

We visited popular graves to see famous sculptures including that of ‘Leo the lion’ and the sleeping angel. If there’s something specific you want to see – the guide is happy to show you, however no two tours are the same and the guides generally just take you where they feel like going on that particular day. With 168,000 Londoners buried there you can imagine the amount of different stories you could hear!

After you have visited the west cemetery it’s just a quick walk across the road to the east cemetery where for a entry fee of £3 you can wander through at your own pace and look at the graves. In this cemetery there are people buried from the 1800’s up until this year which makes for some very different sorts of graves. One of the most popular graves is that of Karl Marx which has a giant statue of his head on top of his resting place. It’s apparently also the most visited grave in London.

The cemetery is a really interesting place to visit if you’re interested in a bit of history and seeing something a bit different from the norm. Highgate itself is a cute area to explore with a high street not far from the cemetery that is host to a very cute tea shop called High Tea of Highgate, somewhere to grab a cuppa and rest after a couple hours of walking. For those who want something a bit stronger The Angel Inn is a great pub to grab a pint and some food. And if you feel like exploring a bit further and are lucky enough to get a sunny day (or at least not raining), the cemetery backs onto Hampstead Heath – another one of my London’s Top 100, but that’s another story.