Top three places to buy an expensive home in the UK

House prices may have risen 8.4% in the latter end of 2013, but there are some popular areas of the UK where sales have never faltered. 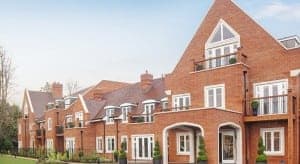 We discuss the most exclusive places to buy a house, and look at the most luxurious places to purchase property in the UK.

Top of the price ladder in the whole country goes to the borough of Kensington, where the average house price can set you back over £1,500,000. It is the most expensive place to live in the UK and hosts some of the richest families in the world. In Kensington Palace Gardens, houses sell for £19.2million. That is ninety-three times the national average, excluding most of the population. It is home to major celebrities including Madonna and royalty such as the Sultan of Brunei.

Although slightly less expensive that Kensington, nearby Chelsea offers one bedroom flats that are under 700sq foot, selling for half a million. Its location is quick and easy for commuting into the City, while offering leafy parks and open spaces to relax in. Like Kensington, Chelsea has an extravagant street where house prices are seventy-four times the national average. Egerton Crescent has an average house price of £7.4 million and a four bedroom terraced house with a small garden can cost on average £1 million. Expensive, yes, but that doesn’t stop it from being one of the most in demand streets in the UK.

Central London is possibly the most in-demand area in the UK. The average price for a studio apartment is £350,000, whilst a similar property would cost a fraction of that outside of the capital, but perfect for those who love convenience on their doorstep.  Unfortunately, it also means having to sacrifice luxuries like garden space, for the opportunity to have a slice of real city centre living.

Home to some of the most valuable properties outside London, Surrey is an enclave that contains sought after villages such as Virginia Water. Here there have been over a hundred sales of houses priced £1million or more in the past year alone. Perfect for working in the city and coming home to a leafy development, Surrey is a favourite of bankers and lawyers.

The most expensive place to live in north England and home to premiership footballers, Cheshire is a county that has many thriving boroughs. Villages like Alderley Edge, which has hosted the likes of David Beckham and Cristiano Ronaldo, are filled with multi-million pound mansions and designer boutiques. Properties in these areas of Cheshire can cost upwards of £5million.

With a quarterly rise of 6%, house prices in Buckinghamshire just keep on rocketing. Sitting outside of London means that you get more bang for your buck, and easy transport and motorway links means that it is a great place to live for an easy commute. One of the most lavish properties in the Buckinghamshire area is one of the exceptional country houses, which will set you back upwards of £13million.

Banner Homes have a selection of luxurious new builds in the Midlands, Central and South East England.  To view your future dream home visit the Banner Homes website