Here is our list of five headline grabbing Australians who you look at, and question what the bloody hell were they thinking?

by Thomas Jones
in at, Entertainment The national-record holding butterfly swimmer was removed from the 2008 Australian Olympic Team and the 2009 World Championships after being charged with assault. This was due to a violent altercation, which happened shortly after the Australian Olympic trials, between D’Arcy and fellow swimmer Simon Cowley. A second athlete, Tim Peach, also came forward saying D’Arcy had assaulted him. He brought the sport in to further disrepute when in 2012 ahead of the London Olympics, D’Arcy and another swimmer Kenrick Monk posed with guns at a US gun shop and posted the photos on Facebook.

Daughter of popular singer and TV personality Marcia Hines, Deni is a solo R&B artist, who had moderate success in the 1990s in Australia and New Zealand. There was no trace of her for a good decade, before she reappeared in 2011, starring in reality TV program The Celebrity Apprentice Australia, causing controversy with her selfish attitude, diva antics and her sabotage of Miss Australia Jesinta Campbell’s efforts to succeed in the program. 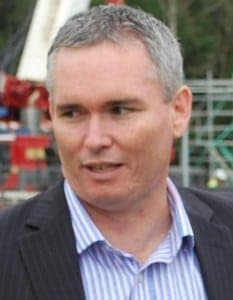 Even when everything seems to be against the ousted Member of Parliament, Craig Thomson continues to deny, deny, deny. He is facing 173 criminal charges over allegations he misused hundreds of thousands of dollars of union funds for prostitutes, pornographic movies, high living and air travel for friends and relatives while he was national secretary of the Health Services Union from 2002 to 2007. He also faces a civil prosecution by the Fair Work Commission. He denies all the allegations against him. 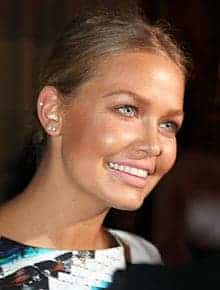 She has so many titles, yet no one really knows what Lara Bingle’s does for work. Fashion model, socialite, businesswoman, brand ambassador, fashion designer and television personality, she has made more headlines for her personal life, rather than anything she has achieved professionally. She was engaged to cricketer Michael Clark. However their relationship came to an end, after Bingle sold a tell-all interview to a woman’s magazine, following a nude photo of her was leaked by AFL player Brendan Fevola.

As well being arrested following an altercation with his former fiancé, the high profile Australian sports agent, was given a two year suspension by the AFL Players’ Association Accreditation Board in 2011 after it was claimed Nixon, 50, had an inappropriate relationship with a 17-year-old girl (you do the math). Kim Duthie, known in the press as the St Kilda School Girl had previously been embroiled in a series of controversies involving players from the St Kilda Football Club, including one of Nixon’s major clients, Nick Riewoldt. Nixon admitted to visiting the girl at her hotel room on at least three occasions — including Valentine’s Day — and providing her with alcohol. Duthie characterised the relationship as an “affair” and indicated she was unaware at the time that Nixon was married. The controversy follows Nixon’s drink driving charge in 2009 when he left the scene of an accident that he was involved in.