House prices all around the world

New Zealand now ranks as one of the most expensive places in the world to buy a new home, and the bad news is that it looks like it’s going to stay that way for some time to come.

How does the NZ housing market shape up? New Zealand now ranks as one of the most expensive places in the world to buy a new home, and the bad news is that it looks like it’s going to stay that way for some time to come. 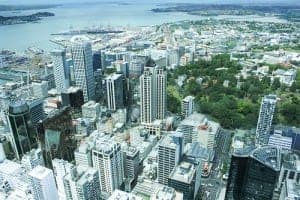 As a chronic housing shortage in the face of steadily increasing demand continues to fuel burgeoning house prices (particularly in Auckland and Christchurch), many Kiwi’s on the hunt for an affordable home loan inevitably find themselves wondering just how their situation compares to that of their fellow house hunting peers around the world.

Some may say that the fastest way to feel better about your situation is to consider those in more adverse circumstances than your own. In the case of house prices, despondent New Zealand home buyers need look no further than the one region in the world where housing prices have long since departed the realm of affordability and are now soaring past the 25% mark into the stratosphere of the just plain ridiculous. According to the Hong Kong Monetary Authority, the price of a typical 50 square meter apartment is now almost 15 times the median buyer’s annual income. To give you an idea of the differential at play here, the current median house price stands at around 5.5 times more expensive than the median income for the average Kiwi.

Astronomical prices rife in Australia too

Closer to home, the Australian market is handling itself in pretty much the same light as the NZ market. The Economist global house price index has New Zealand sitting neck and neck with both Australia and Britain in terms of the price to average income ratio. However when it comes to comparisons on the overall house price index NZ finds itself sitting just below Australia and Hong Kong.

The biggest difference between the two countries is starkly evident in the cost of renting versus buying. New Zealand remains one of the most expensive places to rent whereas in Australia renting is a notably cheaper option, thus creating a bit more breathing room for first home buyers looking to wait out the growing global price rise trend until such a time that the market recedes and buying a new home becomes more affordable.

Compared to most of the other capital cities, Auckland prices are still allowing buyers to afford more home for their dollar. As of January, the average sale price for a home in Auckland was $700, 000. Whilst nobody is disputing that is a remarkably inflated price, putting this average way beyond the affordability of most first home buyers who have been hit hardest by the limits on high LVR loans which came into effect last October, the fact remains that for the same amount buyers would find themselves in considerably smaller, less desirable options if they were living in New York or London, for example.

So, whilst New Zealand remains one of the most highly priced markets, buyers growing fed up with the skyrocketing costs of buying a new home should keep in mind that prices are ascending on a global scale. Furthermore, whilst prices are likely to continue climbing, those looking to compare New Zealand home loans with their counterparts in other countries should always keep in mind that although the cost is exorbitant they will still be purchasing more home for their money.