Here’s laughing at you, Lawrence Leung

by Paul Judge
in at, Lifestyle 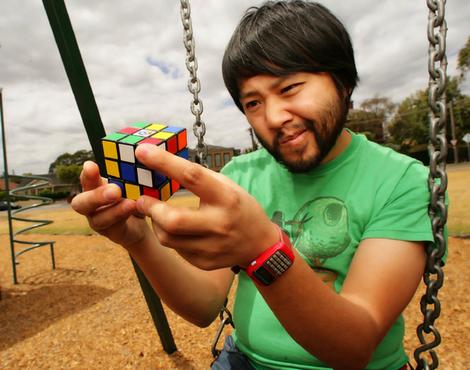 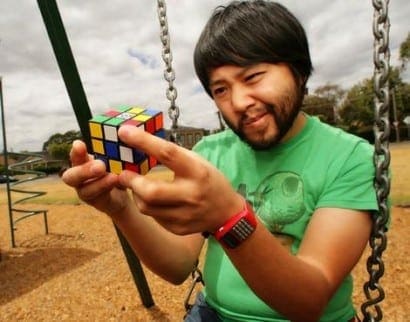 Lawrence Leung did the latter option and his new show Beginning. Middle. End. has just finished in London to rapturous applause. However before he exited London (stage left) I tracked him down in Soho to talk about his latest stage conquest; the Australian comedy scene; and how he ended up performing a gig in a hostel in the Scottish Highlands.

But first we need to get back to his new show which would have to be the most random idea for a comedy show ever.

“When I discovered this strange fan fiction about me it made me realise people see me very differently from how I want them to see me. Audiences can take from your show what they will and adapt it into a very different way. As a comedian we define ourselves with stories but then people will take from that what they want even if it’s very weird.”

He’s a bit coy about giving away too much about the show and wants to make sure I don’t either, which is fair enough as anyone going to see it shouldn’t know what to expect. After seeing it the night before I can vouch for that. Your expectation of how the show might pan out is very different to what happens. But would you want it any other way?

Beginning. Middle. End. is the latest addition to Lawrence’s long resume which, after pounding Australia’s comedy circuit since 2001, led to his own TV series Lawrence Leung’s Choose Your Own Adventure on ABC2. This series saw him embark on a variety of adventures surrounding his childhood dreams.

But for now, after he’s done his time at the Soho Theatre – Lawrence will be participating in that very Australian pastime – couch surfing and a summer holiday in Europe.

“I’m going to stay in London for a few weeks with friends, I might then go somewhere where there’s sun (not England we’re guessing), then I’ll go up to Edinburgh Festival.’’

The Edinburgh Fringe Festival is the mecca for comedians who converge up there for a month of performing and partying. Although Leung’s not performing this year he has before and says it’s very intense but fun.

“It’s great to go to a place where there’s always people wanting to see your shows, and you don’t know who’s going to be in your audience. And when you’re not performing, you’re partying.’’

Plenty of Australian’s have enjoyed success at the Edinburgh Festival and it has been a launching pad for their international career and Lawrence has a theory on why the Aussies are so well received. “We don’t take ourselves too seriously and have this view on the world which seems to work well for people.’’

Talking about the festival and the random venues performers find themselves in gets us talking about his weirdest gig. The location? A Scottish hostel.

“The owner found out I was comic and organised for me to perform one night. He didn’t have a stage or anything so I was basically standing in the common room to a bunch of backpackers. Half of them didn’t speak English very well, other people were checking their emails in the corner and I was standing there telling jokes. It turned into a question time with people interrupting to ask questions or catch up part of the story. It was great, l loved it!”

Next time you’re at hostel and some guy starts telling jokes, listen up. You never know who it could be.