Outside of a sci-fi film set, you probably don’t expect to receive a drink from a robotic bartender, but with Royal Caribbean’s Quantum of the Seas, they’re bringing the futuristic flicks to life

by Shanaka Thanapathy
in at, Travel 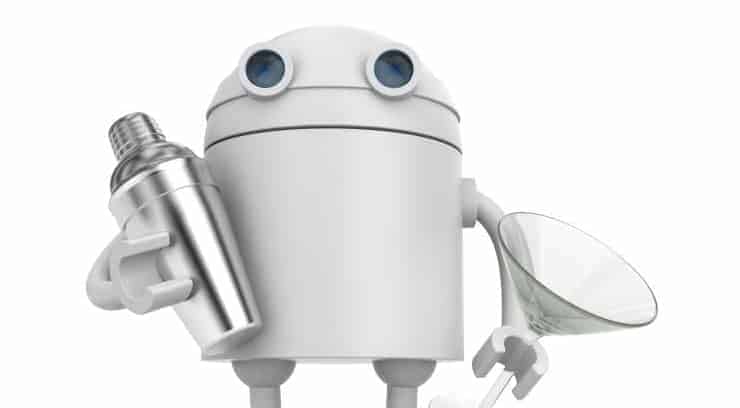 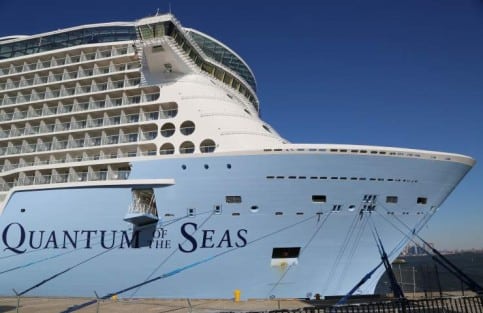 Developed from car building technology and programmed with the movements of a professional dancer, RC’s Bionic Bar can mix your drinks within a millimeters precision. By inputting your custom beverage at the terminal, you can give specific instructions (shaken or stirred, ice or no ice) and even make a new cocktail of your choosing.

Every guest on the Quantum of the Seas receives an electronic wristband, which they can use to make payments or enter their rooms with just one swipe. The Bionic Bar uses this system for identifying its user and putting your name up in lights, so you can see just how long it will take for your drink to be made.

Once prepared, you scan your band on one of the Bionic Bar’s small conveyor belts, which will transport your drink into your hands, ready for you to enjoy. When they have a moment, the Bionic Bartenders will do a small dance or chat up the ladies.

And the Bionic Bar isn’t the only futuristic part of Quantum of the Seas. This cruise liner has exceeded its efforts to lead the way in ship-bound technology. There is a 300 foot pod called ‘The North Star’, which can lift you into the sky for jaw-dropping views. Once you’ve been wowed by this attraction, you could try out the skydiving simulator in fetching jumpsuits, or even the first dodgem cars on a cruise ship (you may want to hold off the liquor for this one…or not). 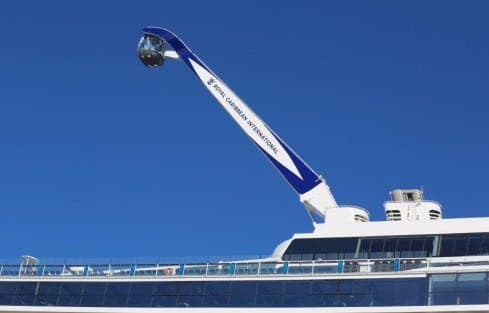 If you’re more interested in on-board entertainment, the revolutionary room Two70 creates a technological-heavy entertainment space. Two-and-a-half decks high, it’s an open living area by day, but is completely transformed at night into an amazing theatre, complete with moving digital screens and lighting. But words don’t do it justice; see a demonstration for yourself here. 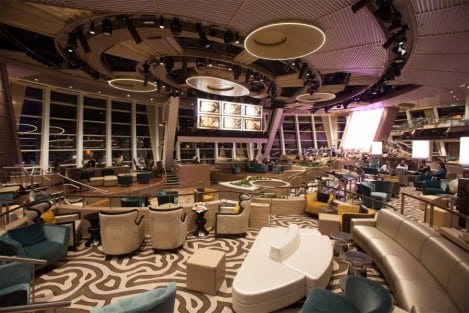 Probably the most sought-after feature on Quantum of the Seas is the affordable Wi-Fi. Most ships don’t have a lot of internet capacity, so they charge extortionate rates for usage. Quantum of the Seas has resolved this issue, with the use of satellites, which means you can document your cruise journey in real-time.

You could carry out a tub crawl of all the ten Jacuzzis, armed with beverages in each one, or make the most of the gym and spa facilities. There’s even a surfing simulator, if you want to catch some waves on-board. You’re unlikely to be bored, that’s for certain.

Images from: Google and  Image of Quantum of the Seas, The North Star by Photographer (Leonard Zhukovsky) from Shutterstock.com