Did you know that Australia has one of the highest rates of bowel cancer in the world? With June being Bowel Cancer Awareness Month, let’s take a look at the disease that so many Australians are susceptible. 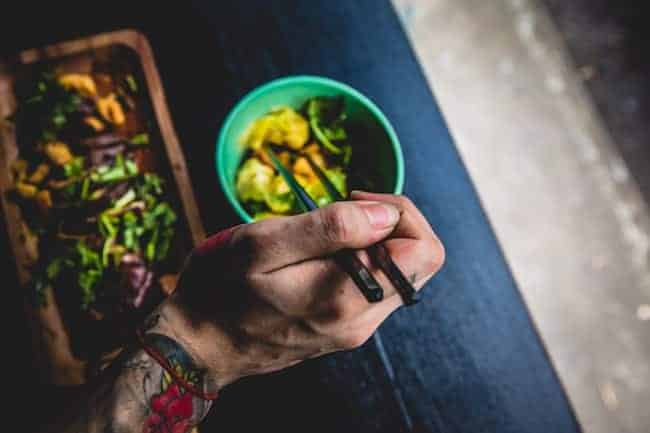 What Is Bowel Cancer?

Cancer can affect any body part, but when bowel cancer is referred to it means cancer affecting the colon or rectum. It’s also known as colorectal cancer or colon cancer.

It often begins with polyps on the bowel wall. Most polyps don’t cause a problem but one type called an ‘adenoma’ can develop into malignant cancer. It will then grow into a tumour. Cancer will also spread via the bowel wall into the bloodstream and lymph nodes usually affecting the lungs and liver first. It can take up to 10 years to reach this point.

How Many Australians Are Affected?

According to statistics, Australians have a high rate of bowel cancer; in fact it’s one of the highest worldwide.

According to Bowel Cancer Australia, Bowel cancer is the second most frequently diagnosed cancer in Australia following lung cancer. Each year over 15,000 Australians are diagnosed with the disease, and over 1000 of them will be under the age of 50. It’s never too early to keep tabs on your bowel habits. 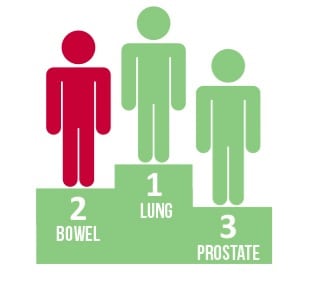 The Signs and Symptoms

Noticing these signs early on can save your life. Don’t be embarrassed because you need to speak if you are experiencing bloody faeces or frequent diarrhoea because that’s a sign something is wrong. Your doctor wants to know about it.

Here are the main symptoms that require immediate attention.

Are you bleeding after you’ve been to the toilet? If you have piles (haemorrhoids) buy some over-the-counter treatment from the supermarket or pharmacy. If that doesn’t stop the bleeding you need a check up.

Do you have constant or intermittent pain in your stomach? This may or may not be related to bowel movements.

This could be due to feeling sick, bloated, unwell, or is simply unexplained.

Are you dizzy, tired, exhausted, breathless and pale? This could indicate anaemia caused by bowel bleeding.

Do you have diarrhoea, constipation or feel like you haven’t been properly opened your bowels or emptied them?

Can you feel a new lump on your abdomen or stomach?

According to Leading UK bowel cancer charity Beatingbowelcancer.org, it is safe to watch these symptoms for three weeks. However if they fail to disappear you should make a doctor’s appointment, as it could indicate bowel cancer. 25% of cases have a family history of bowel cancer, so it’s worth investigating your family’s medical history too.

The risk of developing bowel cancer rises sharply after the age of 50, so screening is all important. Many countries including Australia and the UK run a bowel cancer screening program. If you are invited, ensure you take part. Screening involves sending a sample of faeces through the post to check for blood levels. It’s recommended this is done every 1-2 years. Your doctor or pharmacist has more advice on how to get started. If you’re over 50 you may receive a test in the post from the government. Use it!

If bowel cancer is found early it’s treatable, in fact 90% of cases can be successfully treated, but unfortunately fewer than 40% of cases are found early. Bowel cancer patients have a five year survival rate and 20,000 cases are predicted for 2020.

Can You Prevent Bowel Cancer?

Medical professionals say that a change in diet and exercise levels could reduce bowel cancer incidents by 75%.

Although bowel cancer is greater in those over the age of 50, as seen in the infographic by HealthExpress.co.uk, evidence has also shown that obesity, smoking, alcohol, family history, and a diet high in red meat and low in fibre, can increase your risk of bowel cancer.

In general we’re encouraged to eat more fibre, fruit, and vegetables and reduce levels of fatty foods, sugar, salt and alcohol. Alongside this sufficient exercise to manage weight and boost the cardiovascular system is important

If you are diagnosed with bowel cancer there are three treatments you may experience.

If the tumour has not spread then surgery may be performed to remove it.

This is when drugs are used to destroy cancer cells via tablets or an IV drip. If the cancer is detected early enough, and cancer has not moved through the bowel wall, patients may find they don’t need chemotherapy.

X-rays are used to destroy cancer cells. It’s not generally used on colon cancer but rectal cancer patients can benefit from this treatment.

The important point to take away here is that early detection can save your life.

Any persistent bowel movement changes, bleeding, pain or sudden weight loss needs to be investigated by a trained medical professional. Don’t put it off until it’s too late. When caught early bowel cancer is one of the most treatable cancers. It is therefore recommended that you complete your screening, keep an eye on your bowel habits, and eat well.

Spread the word to save others. Bowel cancer is nothing to be embarrassed about. Your life is worth more.