A senior member of the Australian intelligence community, Major General Stephen Day, has claimed that around 80 per cent of malicious cyber-attacks that occur in Australia are sponsored by foreign powers attempting to exploit weaknesses in the country’s security systems.

by Paul Bleakley
in at 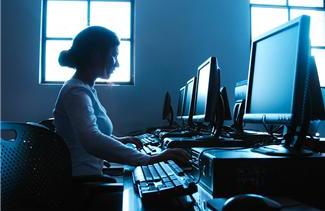 A SENIOR member of the Australian intelligence community has claimed that around 80 per cent of malicious cyber-attacks that occur in Australia are sponsored by foreign powers attempting to exploit weaknesses in the country’s security systems.

Major General Stephen Day, deputy director of cyber and information security at the Australian Signals Directorate, said that Australia faced dozens of cyber-attacks every week, with the total number of incidents on the increase. He said that there had been 789 cyber-attacks on Australia already this year, with it likely that many more had gone undetected or unreported.

Major General Day said: “The cyber threat is real. It has real consequences, it is persistent, it is here now. We are in a daily struggle against malicious cyber threats.”

The Australian Signals Directorate — formerly known as the Defence Signals Directorate – is primarily responsible for the interception of electronic communications. In recent years the top secret organisation has assumed greater responsibility for ensuring Australia’s cyber-security and maintaining the integrity of government systems.

Around 1800 cyber incidents were dealt with by the Australian Signals Directorate last year, with a rise of over 500 attacks reported from the 1259 that were discovered in 2011. Major General Day said that many cyber-attacks targeted defence and national security bodies in an attempt to discover vulnerable information and gain access to critical tactical intelligence.

Major General Day said: “Once they do that, the preponderance of targeting is aimed at commercial information. We judge that 65 per cent of all cyber intrusions we see in CSOC have an economic focus. If you are involved also in defence industry, then you are one of the key target groups for state-sponsored cyber espionage.”

The senior intelligence officer did not identify where the biggest threats to Australian cyber-security were coming from, however American strategist William Hagestad told the Australian Defence Magazine conference in Canberra that nations like China posed significant challenges to Australia’s national interest.

Mr Hagestad said: “The threat by China is bad and it’s going to get worse. Australia needs to develop offensive cyber capabilities in order to defend yourselves.”

Vice president of security organisation Northrop Grumman, Jim Myers, told the summit that Australia faced significant threats to its technological infrastructure and urged the government to take action to ensure that the country’s systems were protected. He said that defence organisations would have to work in collaboration with industry partners to develop a full-spectrum approach that would prevent any vulnerability in the system.

Mr Myers said: “Australian national defence, and the defence industry, face a wide range of threats from agile and capable adversaries. These adversaries take advantage of the expanding complexity of the information and communications technology infrastructure. Protecting deployed networks and strategic information systems against sophisticated cyber threats requires new solutions, which include security as a core requirement of the design and which go beyond the capabilities of most commercially available products.”

Prime Minister Julia Gillard recently announced the foundation of a new $1.46 billion Australian Cyber Security Centre, which will become operational in late 2013. The centre will act as a hub for the country’s security agencies with the goal of streamlining Australia’s defence against technological attack.