2016 Melbourne Cup winner Almandin is set to return to the ‘race which stops a nation’ later this year, where connections will be hoping he can become the first horse in 13 years to win the contest in back-to-back years. 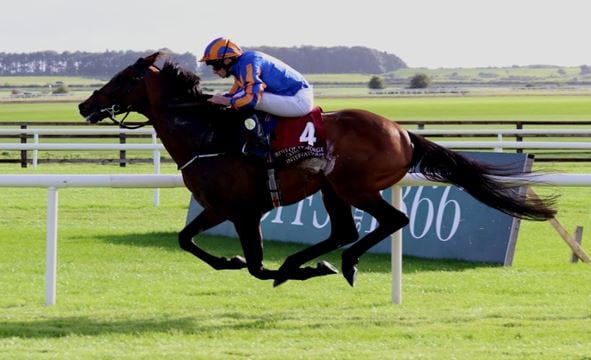 Robert Hickmott’s runner prevailed by just a head last year as he got the better of Heartbreak City following a photo finish in what was one of the tightest finishes in the race in history. Jockey Kerrin McEvoy took a keen hold of his runner in the early stages; he was then ridden to challenge the leaders with 300 metres to go when he picked up well to hit the front near the line. Hickmott’s runner returned at odds of $10 and was not unfancied in the market for the contest.

Almandin is a popular tip and $6 favourite for the race following his victory in the Japan Racing Association Trophy on only his second outing since he claimed the Melbourne Cup from stall 17 last November. Many 2017 Melbourne Cup betting pundits believe his task will be much easier this time with a better draw.

Punters who backed the 2016 winner earlier in the year would have been able to get as big as $20 on the horse as it was unclear at that stage whether the seven-year-old was going to get the opportunity to defend its title.

Only four horses in history have been able to retain their crown in the Melbourne Cup. Archer was the first to do so in 1862, Rain Lover followed his success up in 1968 to prevail in 1969; Think Big did the same in 1975, while more recently it was Makybe Diva who added its name into the history books with his second victory in 2004.

Almandin is likely to run one more time before he heads to Flemington Park and that outing will come in the Caulfield Cup in mid-October. If he is successful on his next start, he could go off as a short–price favourite for the Melbourne Cup just a few weeks later.

The biggest challenge to Almandin’s bid this year in the Melbourne Cup may come from Humidor. The five-year-old has had a busy campaign so far with seven starts in 2017. He won the Group One Maykbe Diva Stakes at Flemington earlier this month, which was his second victory of the year as he also claimed the Australian Cup back in March.

Humidor is set for his first shot at the richest 3200m handicap in the world in November. His trainer Darren Weir was successful in 2015 with Prince of Penzance when the $100 outsider caused a huge upset. Humidor is stepping up in trip at Flemington Park from the 1600m distance he ran in last time out.

The highest rated European horse entered in the race this year is Order Of St George who is a former winner of the Ascot Gold Cup during the Royal meeting in the UK. Aidan O’Brien’s runner has a busy couple of months ahead as he is set to run in the Prix de l’Arc de Triomphe at Chantilly in October, while he also has entries on British Champions Day just a couple of weeks later.

The 2017 Melbourne Cup is scheduled to take place on November 7 and will be live on Channel 7, which will feature full build-up to the biggest race of the year in Australia.