A man’s hostel is his castle

LEIGH JOHNSTON explores why living in a London backpackers hostel can be one of life’s most enriching experiences.

by Leigh Johnston
in Travel 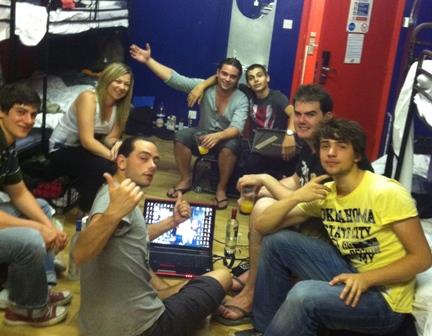 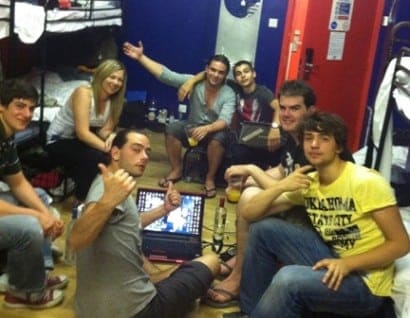 EVERY morning I snatch up my mobile phone before its alarm can reach full volume. Yet again the sun has insisted on rising too early and another night has passed where I didn’t get as much sleep as I would have liked. Bodies, clothing and Apple appliances are strewn about me and getting ready for work without disturbing the delicate peace is now an exercise in military precision. You see, I live in a hostel. An 8-person dorm in a hostel to be precise.

As I stumble around for a pair of socks I try not to wake my sleeping roommates – a courtesy that isn’t always mutual. Some stir but drift off again, others seem comatose. Perhaps that’s because it’s only been an hour or two since they came crashing into the room and exhaustion has finally caught up with them.

Welcome to life in a hostel. Where partying is a lifestyle, belongings are communal and where an extra power-point is a creature comfort. Sure it’s not for everybody, but if you’re budget-conscious, open to making instant friends and willing to share your privacy with them, it’s amazing the places you can feel comfortable enough to call home.

I’ve been in London for three months and when I tell people that I’m still living in a hostel I invariably get one of two responses. A scowl, or a simple statement: ‘I would have killed someone by now’. Three months ago I would have agreed. From the comfort of my home in suburban Melbourne nothing could have possibly seemed worse than being lumped in a single room with seven strangers, showering in my thongs (not flip-flops, thongs) or sharing a communal bathroom where access to a flushing toilet was no guarantee.

But in my three months living in the basement of this central-London hostel I’ve had experiences and found myself in situations I’ll carry with me for the rest of my life. For example, I once returned to my room to find an 87 year old Chinese man trapped underneath a toppled bunk. Fortunately I got to him in time and no hips were broken.

I now find myself in the ‘long-termers’ room – a 6×8 box tucked in the basement of one of London’s premier backpackers, and it’s here that I’ve found a home away from home, a second family of fellow travellers appreciating the sights, smells and personalities that come with everyday life in a hostel.

Not surprisingly, there are plenty of Aussies. Three in our room alone – this is London, after all. But interestingly we’re outnumbered by a group of party-loving Frenchmen.

The Leader of ‘Team France’ is Francois, a 28 year old Parisian with an insatiable appetite for a party, and a trojan like work ethic to match. There’s Bernard, the diligent English student who likes to unwind at the end of a busy day by ditching the confines of his pants and wandering around in his jocks. Benji is a law student, temporarily working as the hostel doorman, living in London to brush up on his already impressive English skills. And there’s Teddy, the lovable 19 year-old Parisian with the most utterly unique dance moves you’ll ever see and a smile that’s going to melt girls’ hearts the world over.

Then there’s the Australians. There can be no doubt that Room 5 newcomer and Sydney-sider Riley is the heart and soul of Australia’s partying efforts. He’s the only one of us capable of keeping pace with Francois’s epic party stamina and can rightfully claim the title as the room’s party king. There’s me, the weird writer guy who lets his country down by spending too much time with words and not enough time with beer. And then there’s the room’s fearless matriarch and its only female inhabitant: Taryn. ‘Smurfette’ as she’s been affectionately dubbed by the boys has a remarkably high tolerance for testosterone-fuelled stupidity that commands admiration. She’s the original long-termer, and as the only remaining female she’s endured roommates with neurotic-bordering-on-psychotic behaviour, blow-ins with questionable attitudes to personal hygiene and snoring that’s sounded more like warfare. But she’s withstood it all. They must breed them tough in Western Australia.

“You guys are alright actually,” she assures me. “You don’t have as much stuff as girls! I don’t mind it at all, if I had hated it I would have gone, but I’m still here,” she laughs.

“It’s been fun. I think everyone should do the backpack, hostel in Europe thing. Just for the people you’re going to meet, you’re never ever going to meet people like that anywhere at home.

“It took a little bit to get used to but I’m just so comfortable here now. It’s part of my daily routine living with seven guys – it’s like Snow White!”

As the longest of the long-termers, what’s Taryn’s advice for anyone else who finds themselves in a hostel for the long haul?

“Any habit you have at home is out the window so be prepared for that,” she says. “Have an open mind about the people and the living circumstances and don’t be a princess about it because it’s fun!”

Francois agrees. As a seasoned backpacker (he arrived in London after living in Australia  for two years, which he describes as “the best experience” of his life), long-term life in a hostel has taught him to be the social butterfly Room 5 knows and loves today.

“Before living in a backpackers I was really shy,” he admits. “The first two weeks in my first backpackers, I didn’t talk to anyone, but I learnt how to. Now I talk to everyone.

“Before I was very unsocial, but being in a backpackers has taught me to be very aware of the different kinds of people you can meet. Just trying to meet every kind of person you can. I love doing that.

“If you are like me and very shy at the beginning, try and make the first step. Try and do everything to meet people all the time.”

Although enjoying his time here, living in a hostel means Francois has had to make some sacrifices.

“If you stay long-term you miss your privacy. It would be nice, just for one day in the week, to have a personal toilet and bathroom and just to have my privacy back, but it’s alright because I’m meeting people and I love that. It’s like a community here.”

Community is the perfect word for it. Between the seven of us, we have become an instant community, a group of friends that sees each other at our best and worst every day. Just arriving home is a social event that warrants a visit to the bar. Much planning goes into where we’ll be drinking on the weekend (or a weeknight in most cases). But more importantly, each of us has a new network of life-long friends that stretches across the globe.

For me, I came to London to step outside my comfort zone, to meet people and experience things I never would have at home. And as I find that pair of socks and creep out of the room each morning it’s with a new appreciation for the new friends I’ve made, the things I’ve learnt about myself and the comforts I’ve left behind. For me, this hostel has become home, and these people my family.