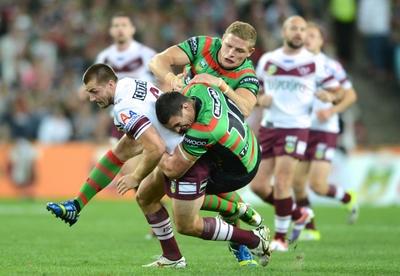 ENGLAND are set for an international friendly versus Italy at Salford City Stadium on Saturday 19 October (4.30pm), both sides’ final warm-up match before the Rugby League World Cup 2013.

Under-16s have been invited to attend for free and will also be able to watch for free the England Knights versus Samoa friendly (2.00pm), which takes place beforehand at the same venue, as part of an international double-header.

There will also be extra local interest in the first appearance on their new home ground of recent Salford Red Devils signings Rangi Chase and Gareth Hock, who are also both in the England squad.

As a warm-up match ahead of Rugby League World Cup 2013, multiple interchanges will be allowed which will enable both coaches to involve all their eligible squad members in the fixture.

“The match against Italy is an important part of our preparations ahead of Rugby League World Cup 2013 and I know all the players are looking forward to their first match on home soil since the squad was announced,” said England coach Steve McNamara from England’s training camp in Potchefstroom, South Africa.

In partnership with Salford-based social landlord City West Housing Trust, children aged 16 and under accompanied by an adult can attend England v Italy (4.30pm) and England Knights v Samoa (2.00pm) for free on Saturday 19 October at Salford City Stadium. Adult tickets cost £15 and £5 for concessions. To take advantage of the kids go free offer and to purchase tickets call 0844 856 1113 or visit www.rugbyleaguetickets.co.uk for further information.

Martyn Hague, Head of Communities and Neighborhoods at City West, said: “This is a great opportunity to see the players in action before the Rugby League World Cup and we are delighted that families and young people in our communities have the chance to take up this fantastic offer.”

IMAGE: Souths Luke Burgess and George Burgess during the NRL preliminary final between the South Sydney Rabbitohs and the Manly Sea Eagles at ANZ Stadium in Sydney, Sep. 27, 2013. They are now in the UK shaping up to represent England in the Rugby League World Cup. (AAP Image/Dean Lewins)