Michael Clarke passes up records for Test win in Australia

Australian captain Michael Clarke is hoping his decision to call time on the standout innings of his career will pay dividends with an SCG Test win over India. 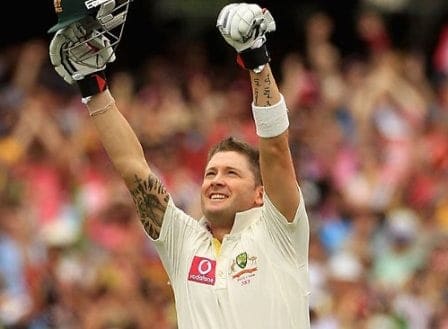 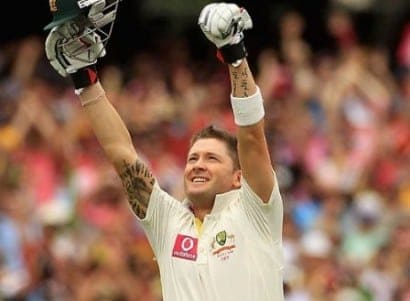 AUSTRALIAN captain Michael Clarke is hoping his decision to call time on the standout innings of his career will pay dividends with an SCG Test win over India.

Clarke scored a tremendous 329 not out – the highest Test score at the SCG – on Thursday but surprised everyone in the iconic ground when he declared midway through the day with Australia on 4-659 in reply to India’s 191.

At stumps on day three the tourists were 2-114, still 354 runs in arrears with Gautam Gambhir (68no) and Sachin Tendulkar (8no) at the crease.

Clarke’s knock was the fourth-highest by an Australian in Tests but with Sir Donald Bradman and Mark Taylor’s 334 in sight, Matthew Hayden’s 380 and even Brian Lara’s world record 400 coming into consideration, his decision to declare baffled many.

Clarke, who ended the innings with Michael Hussey unbeaten on 150 after the pair put together a 334-run fifth-wicket partnership, said personal honours hadn’t come into his mind as he aims to put Australia into an unbeatable 2-0 lead in the four-Test series.

“If I managed to pass them before we got a 450-run lead then it would have been fantastic,” Clarke said of the records.

“I didn’t expect to score 300 in one innings so the fact I’ve done that, I’m just stoked with that. All the other records, well, I’m happy where I sit to be honest.

“It feels pretty good but I don’t think it’ll sink in properly until we win the Test match.”

Clarke and Hussey helped Australia post their largest team total since July 2009 when they made 6(dec)-674 against England in Cardiff.

It was also the first time since that Ashes Test that three or more batsmen have scored centuries for Australia, with Ricky Ponting making 134 on day two.

It completed a remarkable turnaround for the hosts, who lost just one wicket for 622 runs after Clarke joined Ponting at the crease when Australia were 3-37 on day one.

In the end, Clarke batted for 617 minutes, hammering 39 fours and one six, and he said mental application to stay at the crease was the toughest part of his mammoth knock.

“I’ve never batted that long in any form of the game, in any team in my career,” he said.

The Tasmanian came back after the break to snap an 82-run stand by bowling Rahul Dravid (29) just as the Indian veteran appeared to be settling in for one of his trademark marathon efforts.

The day could have finished on an even higher note but wicketkeeper Brad Haddin dropped a late chance when Gambhir edged a James Pattinson delivery.

Despite that missed offering, it’ll take an effort similar to Clarke’s heroics from one of India’s big names to deliver anything other than a loss for the tourists. – AAP