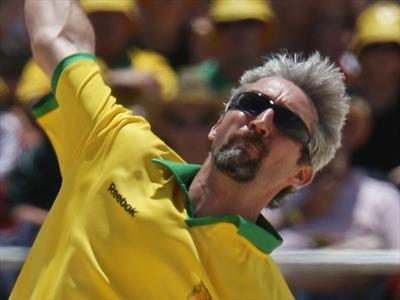 Gillespie, now head coach of English county side Yorkshire, predicts Australia will be in for a tough time when they tour England in June.

He is optimistic about Australia’s bowling stocks but expects the batsmen to struggle against impressive English quicks Jimmy Anderson and Steve Finn.

“There are issues,” Gillespie told UK newspaper The Guardian on Tuesday.

“If they (selectors) don’t feel they’re the best six batters then change them.

“But if they are, then give them a good run and back them privately and publicly.”

Gillespie said the case of out-of-form batsman Shane Watson was one where selectors should be decisive.

“We can’t gloss over the fact that, as a Test cricketer, he hasn’t been doing the job,” said Gillespie, who played 71 Test for Australia.

While Gillespie admits England are in a “good place” ahead of the first Test on July 10, he is excited about Australia’s young pace bowling stocks featuring the likes of Mitchell Starc and James Pattinson.

“Australia’s bowling is strong and they’ll surprise a few people in England,” he said.