Enjoy the viewing. That was the message from the Australian camp to England following speedster Pat Cummins' 3-26 against Essex in the final warm-up match before Friday's one-day series opener at Lord's. 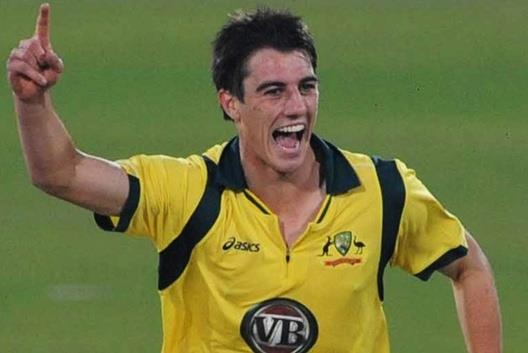 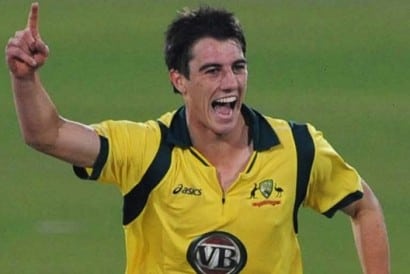 That was the message from the Australian camp to England following speedster Pat Cummins’ 3-26 in the final warm-up match before Friday’s one-day series opener at Lord’s.

England team video analyst Gemma Broad has been gathering footage of young quicks Cummins and James Pattinson at tour matches in Leicester and Chelmsford over the past week.

“He was very impressive,” Hussey said.

“I think Gemma Broad from the English team, she has been video taping and sending it back so hopefully that sends a few shudders through the English camp.”

With fellow quick Brett Lee (1-16) bowling with great rhythm, Cummins’ raw pace was too much for most of the Essex batsmen on Tuesday night.

Hussey even saw a positive in Cummins not being able to have a crack at England’s one-day captain Alastair Cook (5) at Chelmsford with Clint McKay dismissing the left hander in the fourth over.

“I thought it was a great result Clint getting Alastair out early,” he said.

“He still has not faced Pat yet, he only faced a couple of balls off Brett.

“I think it is a slight advantage in that aspect for Australia.”

“But Cooky’s strength is that when he does miss out, he normally comes back and cashes in the next time.”

After weather played havoc on their opening two outings, Tuesday’s day-night match provided almost everything that Australia were looking for before Lord’s.

With the exception of George Bailey, every Australian batsmen had a decent hit and the front line bowlers all picked up a wicket.

In Essex’s reply, Lee set the tone with a withering spell and soon removed Mark Pettini (1) and was unlucky not to dismiss Tom Westley (4) next ball with an edge flying between wicketkeeper and first slip.

Not that Australia had to wait long for another wicket with Cook, who has scored three hundreds and an 80 in his past six one-day internationals, chasing a wide ball from McKay and edging it to first slip Clarke.

Cummins made an impact with only his second ball, moving it away and uprooting Westley’s off-stump as Essex slid to 3-14.

The home side was always going to be up against it from that point on, with England squad member Ravi Bopara (39) enjoying some time in the middle before being brought undone by Shane Watson’s swing.

Cummins returned and knocked back Greg Smith’s off stump with the first ball of his second spell and had a ball catch the shoulder of skipper James Foster’s (41) bat and hover in the air long enough for Steve Smith to claim a brilliant diving catch with his left hand. – AAP