Australian teenager Ashleigh Barty is daring to dream ahead of her Wimbledon debut against Roberta Vinci on Tuesday. 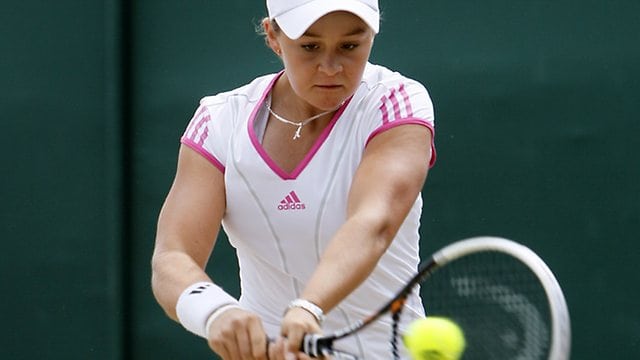 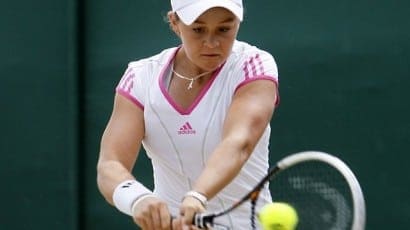 AUSTRALIAN teenager Ashleigh Barty is daring to dream ahead of her Wimbledon debut against Roberta Vinci on Tuesday.

The 16-year-old is the reigning Wimbledon junior champion and still buzzing after being promoted from qualifying with a wildcard entry into the tournament proper.

Barty had been mentally preparing for three rounds of qualifying but after reeling off five straight grasscourt wins to win a second-tier event at Nottingham, All England Club officials recognised her precocious talents.

“To get the call on Sunday night, saying that I was going to get a main-draw wildcard is just a feeling I can’t describe,” the Queenslander said.

“I probably won’t be able to sleep, but that’s how it goes and I’m just excited to be out there.

Having experienced the “perfect preparation” at Nottingham, Barty is aiming high against Vinci, the 21st seed.

“She’s been around the circuit a long time, so she’s definitely got a lot of high experience and she’s got a mean sliced backhand, but we’ll see how it goes,” the youngster said.

“I’ll try and execute my game plan when I’m out there. You have to go into every match thinking you can win. Otherwise there’s no point walking out on the court.

“So I’m just going to go out there and give it my best shot. She’s 23rd in the world for a reason and it’s going to be a really tough match, but I’m looking forward to it.”

Having also made her Australian Open and French Open debuts this year, Barty has already exceeded expectations and the season’s not even half finished.

“I started ranked about 600 at the end of the year, so I’ve already been able to cut that in half, which was a big goal for me,” said the world No.258.

“I’m just going to keep trying to improve my ranking and, who knows, by the end of the year I might even be able to be inside the top 200, which would be unreal.

“But I’ll reassess after Wimbledon what we want to do in the next six months, and we’ll go from there.

“I think it’s all about developing, really. I’ve still got a lot to learn when I’m playing in my main-draw matches.

“At the Australian Open it was definitely a different experience for me and then again at the French it’s a different surface.

“And being here at Wimbledon, it’s Wimbledon, and you just can’t describe what it’s like.” – AAP

Read more: The Aussies hoping for Wimbledon success in 2012