Mystery surrounds a deal the Australian Greens secured with Labor to guarantee passage of the government's new mining tax through the lower house of parliament. 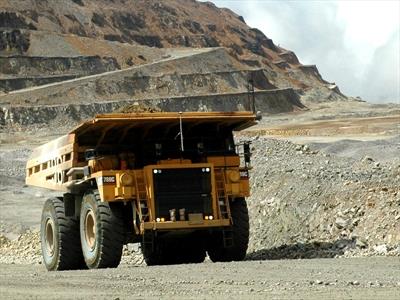 MYSTERY surrounds a deal the Australian Greens secured with Labor to guarantee passage of the government’s new mining tax through the lower house of parliament.

Neither the Greens nor the government will say what was agreed ahead of a vote in the early hours of Wednesday.

The vote was delayed while negotiations were held behind closed doors.

The Greens wanted the government to detail how it would make up a $100 million shortfall in revenue, after Labor gave ground to independent MP Andrew Wilkie on the tax’s threshold.

Greens MP Adam Bandt said the government would not introduce a new tax or cut spending to offset the lost revenue.

“I’d like to be able to tell you this morning what exactly it is but the government has said it wants to time the announcement of that,” he told Sky News.

The $100 million would not be met by the public or lost services but in a “fair and progressive” way.

“You will see that is something that we, some time ago, said that we had concerns about.”

The Greens previously have argued for a cut in fuel rebates and research funding for the mining sector.

“I don’t think that we’ve seen that here.”

The government made no reference to the deal in statements it released after the vote.

Instead Prime Minister Julia Gillard, in a joint statement with Treasurer Wayne Swan and Resources Minister Martin Ferguson, said the government had “secured support” for its historic reforms.

The $11 billion Minerals Resource Rent Tax (MRRT) would lock in the benefits of the mining boom and deliver a fair return from the development of the nation’s resource wealth.

“The vast majority of those who will be paying the MRRT understand the importance of this economic reform and support it,” Ms Gillard said.

But deputy opposition leader Julie Bishop says the MRRT is clouded in secrecy, referring to the discussions the government had with BHP Billiton, Rio Tinto and Xstrata and its refusal to release Treasury modelling.

“We can’t say who is paying this tax,” she told ABC Radio.

Ms Bishop warned the MRRT could set a precedent for taxing other profitable sectors of the Australian economy.