Prime Minister Julia Gillard says Australia is prepared to boost its contribution to the International Monetary Fund (IMF) to safeguard the global economy. 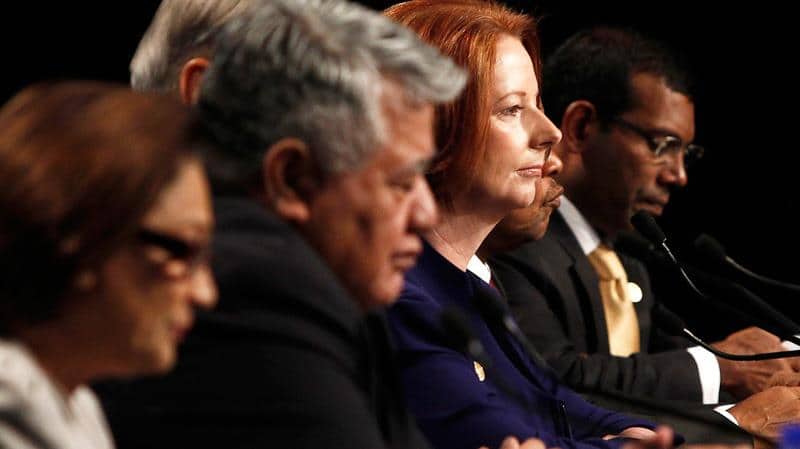 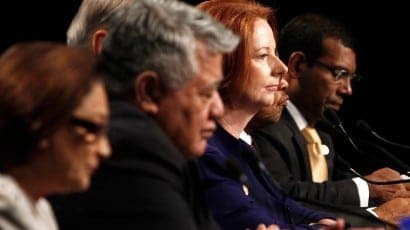 Prime Minister Julia Gillard says Australia is prepared to boost its contribution to the International Monetary Fund (IMF) to safeguard the global economy.

Ms Gillard arrived in the French resort city of Cannes on Wednesday ahead of the Group of 20 (G20) leaders’ summit on Thursday and Friday.

European nations will present to the G20 a plan to recapitalise and strengthen European banks and use a new stability fund to enable Italy and Spain to roll over government debt and assist Greece, Portugal and Ireland.

There are also moves to ease the debt load on Greece by 100 billion euros ($A134 billion) in a deal between the eurozone and private creditor banks to take a 50 per cent loss on their holdings.

But Greece has thrown a spanner in the works by planning to hold a referendum before accepting any deal, and domestic political situations in other countries will also make any agreement more difficult.

Ms Gillard said she was hopeful of the G20 being able to repair confidence in the global economy.

“I believe it is important for the G20 to address questions that can increase confidence during this period,” she told reporters in Cannes.

“I particularly believe it’s important for the G20 to look at the question of IMF resourcing.

“That will be one thing that the G20 could do which would increase the confidence in markets and show that there is sufficient resourcing to deal with anything else that might flow arising out of the European crisis.

“For Australia’s part we stand ready to participate in an increase in IMF resources.”

Ms Gillard said taking part in the G20 meant “the voices of Australians are heard on the global economy”.

“The global economy does matter to Australian jobs and Australia’s future,” she said.

The prime minister will meet with Brazil’s president Dilma Rousseff before addressing a meeting of the B20 group of business leaders.

Ms Gillard said the G20 came at “the most testing time for the global economy since the depths of the global financial crisis”.

“Leaders at this meeting need to come together and show the leadership the world needs to lock in behind jobs and growth,” she said.

She said European leaders needed to finalise their arrangements to assist Greece and deal with sovereign debt.

“The circumstances in the last 36 hours, with the announcement from Greece (of a referendum) means there is now new uncertainty in the European situation,” Ms Gillard said.

“That means it is important for European leaders to shore up the plan they have developed and ensure all details are finalised and the plan is implemented.

“What Greece has announced has effectively put the European crisis on fast forward.”

She said non-European G20 members such as Australia should ensure there is “political will” for their European counterparts to do what is needed.