AUSTRALIA DAY | We may have not had the temperatures, the beaches or the cool beers but in freezing Switzerland a piping hot fondue and a few bottles of Barossa reminded us of home and memories. 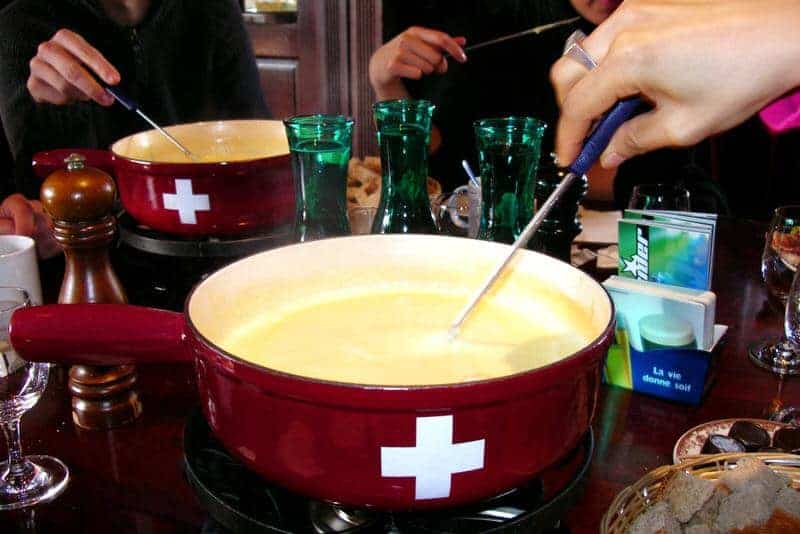 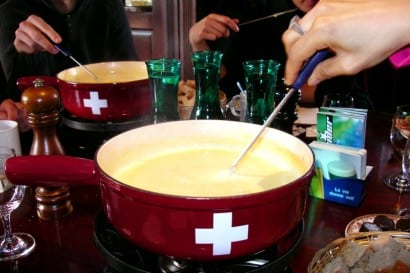 WHILST Australia basked in glorious hot temperatures over the weekend to bring in Australia Day, the small but burgeoning Australian community in and around Geneva had to contend with icy wind, snow and dark clouds.

It is therefore no wonder that thoughts return to Australian shores particularly when confronted with photographs of parties on the beach, amazing fireworks and ice cool beers to counter the scorching sun. Trying to find Australia Day parties in Switzerland was a challenge but I was rightly reminded by a mate of mine that Australia Day is all about the family and mates. So with that in mind we decided to swap a traditional Aussie barbecue (partly because it was covered in snow and ice) with the Swiss equivalent — the Fondue.

A fondue is a marvellous meal if you enjoy meat and cheese, preferably lots of it. Even better washed down with an appropriate glass or two of Barossa’s Cabernet Sauvignons and Shiraz. When I was packing up my property in Sydney two years ago, I pleaded with the delivery guys to take good care of my small but important selection of Barossa wines as they set forth on their arduous journey from Sydney to Switzerland. Two months on they thankfully all arrived in one piece and were to be saved for a special occasion to which this day in the calendar was the perfect opportunity to reacquaint ourselves.

A fondue traditionally comes in two forms. Normally when you are up the ski slopes it will be a vat-full of gloriously unhealthy Swiss cheese for you to dip some bread into and clog the arteries as well as aching legs for the afternoon ski. More traditionally on lower ground it is a meat feast consisting of large chunks of beef, dipped this time in a massive vat of oil and cooked to how you like it. This is not for the health conscious vegetarian and is very bad for you but with outside temperatures as cold as they are at this time of year, utterly marvellous. As you would around a barbecue, a fondue meal is a good place to chat, chew the fat and reminisce. It is a very social meal and normally ends up in some cruel drinking games, should you allow your skewered piece of beef to fall into the oil.

So for a few hours we forgot the cold and talked about home, memories and old war stories of previous Australia Days.