All those off days could greatly harm Canberra’s economy

Public holidays are costing the economy in more way than one says a new report, particularly in Canberra. 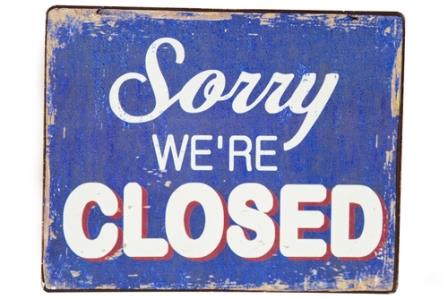 You might be looking forward to the next public holiday, sleeping in, having your mates over or chilling in front of the telly safe in the knowledge that your salary isn’t being docked for a lazy day. But the bad news is public holidays are not free, says a new economic report.

While NSW has long been the state with the most gazetted public holidays, ACT’s tally of public holidays now stands at 15 (probably another reason why ACT is such a livable place as the OECD says it is).

But economists warn that the increase in public holidays is harming the economy. The report states that, “Ultimately, these exorbitant costs will force the hospitality sector – one of Canberra’s key economic drivers – to close on public holidays, which harms tourism.

Canberra recently announced that in cases where New Year’s Day, Christmas Day or Boxing Day fall on a Saturday or a Sunday, an extra public holiday is added to make sure you get your long weekend.

Essentially employers, specifically in the retail sector, would face a salary bill of as much as 275% more for casual employees.
Tasmania has fewer public holidays with only 10 to be circled on their calendars.

And to add to the woes of HR departments and budget managers all over the ACT, the local government is now also considering declaring Easter Sunday a holiday which would bring ACT’s public holidays to a total of 16.

But wait, that’s not all! If the ACT’s newly-appointed Workplace Minister gets his way yet another public holiday will be introduced in the case where Anzac Day falls on a Sunday. Time to pack up and move to Canberra!

But big business isn’t feeling the joy. The Australian Hotels Association (AHA) ACT has reported that they have been, “Inundated with concerns from members about the unreasonable rise of public holidays and paying of penalty rates, stated the report.

In response, the local government has invited industry feedback on the proposal to introduce a huge increase in their staff wage bill following very little consideration following its previous public holiday reforms. This after the AHA ACT said an industry survey found almost 60% of Canberra’s “hotels closed outlets or reduced guest services over Easter 2014 because of penalty rates.