Australians are still free to gamble and access adult material as much as they wish to right now, but that doesn’t mean it won’t become more difficult to do so in the not too distant future. 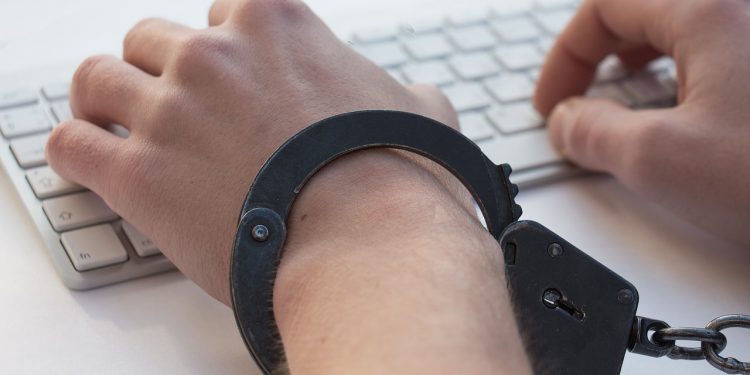 It’s no secret that Australians love to gamble. A good gamble is almost considered to be part of the Australian national identity, along with a love of good food, sports, and drinking. Very few countries in the world have such relaxed regulations on gambling and casinos, and the industry generates enormous revenues both for itself and for the Australian treasury in the form of taxation. With more than eight in ten adult Australians admitting to gambling at least occasionally, the country has statistically the highest rate of gambling in the world.

Not all of the gambling that goes on in the country is deemed beneficial or desirable, though. The light-touch approach to regulation has made the country a target for the world’s largest gambling companies, and not all of them have played by the rules. Although there are dozens – if not hundreds – of Australian gambling websites, there are thought to be almost as many companies operating illegally within the country, and thereby denying tax revenue to the Australian public purse. On top of that, the offshore companies have sometimes attracted complaints that they’re difficult to recoup deposits and winnings from, and get away with their unfair practices because the Government has historically been powerless to act against them. It now seems that all of that is about to change.

Earlier this month, it was announced that the Australian Communications and Media Authority would be granted the power to fully investigate offshore sites which are suspected to be in violation of the country’s laws, and if they suspect or can prove wrongdoing, they’ll have the ability to compel internet service providers to block access to the offending websites. The framework for the new rules was brought in during 2017, after which 65 companies known to engage in illegal practices ceased trading within the company. Now the rules have been brought into effect, it’s hoped that the remaining sites will either follow suit or amend their operations in order to become compliant with the requirements.

Although it’s difficult to obtain statistics which relate to illegal activity, it’s thought that Australians spend as much as four hundred million dollars each year with sites that flout the rules. The sites are similar to the lawful websites that are owned and operated by Australian companies. They offer access to a variety of PayPal Casino, including roulette, poker, and online slots. It’s online slots that are particularly popular with Australian players. Since technology has advanced to the point where players can play online slots through their mobile phones, the hobby has become significantly more widespread and popular. Unfortunately for the players using the illegal sites, the jackpots from those online slots games have all-too-often stayed offshore instead of being paid to the winners.

The newly-granted powers that the Australian Communications and Media Authority have received step from a review of online gambling, which took place during 2015, led by Barry O’Farrell. Nineteen separate recommendations were made to the Government on the back of the review, not all of which have gone on to be implemented. As well as determining that undesirable or illegal activity was occurring within the offshore sites, O’Farrell’s review was also able to demonstrate connections to organized crime. Any company suspected of having criminal connections will be blocked from the Australian mainland without further review or warning.

Although persuading ISPs to block access to the websites will mostly be effective, it still won’t completely cut off access to players who are determined to use them. Players could still potentially gain access to the sites by using a proxy browser, thereby circumventing their own ISP by appearing to access the sites from a non-Australian location. Any player doing so would be acting against the advice of the authorities and will have little to no recourse in law to reclaim winnings or deposits in the event that the website they choose to use refuses to pay them out.

The move is just one recent Government initiative designed to keep Australian internet users from harm as they’re surfing. It’s also been proposed that the country introduces a facial recognition protocol to verify the identity of all users attempting to access online pornography. Although some civil rights groups have already protested against the introduction of any such legislation, it’s found support among family groups who are keen to ensure that minors do not have free and easy access to any such content. Should the idea be approved and implemented into law, it could theoretically also be used to ensure that nobody under the minimum legal age has access to gambling websites. The proposed legislation is currently at an early stage, though, and isn’t likely to become law for several years – if it ever does so at all.

The facial recognition move would go a step further than legislation that was recently dropped in the United Kingdom, which would have compelled internet service providers to completely restrict access to adult websites unless users specifically requested access and provided identity verification. Although the proposed law was believed to have support, it was ultimately decided that the technology required to implement it would prove too costly to make the idea viable. A similar fate may befall the Australian proposal – in order to make use of facial recognition software, the Government must first have a national database including picture identification of every Australian adult. No such database currently exists, and civil liberty groups are likely to resist any attempt to create one.

For now, the majority of law-abiding Australian citizens aren’t likely to notice any changes to the internet. So long as online gamblers are using websites that have the proper licenses to operate within the country, they’ll be free to continue to do so. If the site you usually use to place your bets or play slots suddenly becomes unavailable, it’s likely to be because the site was found to be in violation of the law.

Australians are still free to gamble and access adult material as much as they wish to right now, but that doesn’t mean it won’t become more difficult to do so in the not too distant future. The change to gambling legislation has already happened, and the effects of it are already being felt. As to whether the facial recognition software proposal will ever see the light of day? Place your bets.