A new year means new sights to see, oceans to swim in and historical wonders to discover. Here’s our pick of the hottest destinations with a top ten list of must-see countries and places in 2013.

by Alex Ivett
in Tips & Advice 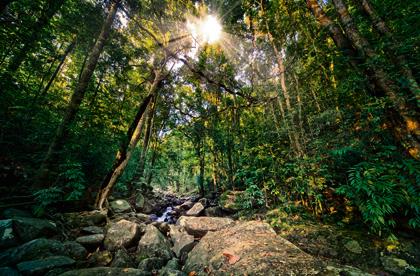 Montenegro is emerging as the latest Mediterranean hotspot, with rugged mountainous beauty and kilometers of undiscovered coastline all wrapped up in an easily traversable and affordable package.

The many benefits of obtaining dual citizenship

Tips on protecting the wildlife of Australia

Two-thirds the size of Wales, Montenegro offers historic coastal towns set along the Riviera just below Croatia, perfect for 2013’s summer months. For those who wish to combine their sunbaking with something slightly more adventurous, the natural beauty of Montenegro can be seen in its rugged interior — with an improving network of hiking and biking trails and infrastructure increasingly catering to foreign tourists.

As yet largely undiscovered, as visitors flocked to neighboring Austria and Hungary, it is time for Slovakia’s tourism renaissance. It has joined the EU and is one of the continent’s fastest-growing economies, but still a very affordable alternative for European travellers. It is a country packed with historic ruins of castles, beautiful national parks and medieval towns.

In addition the town of KoÅ¡ice, a well-preserved city dating back to the 12th century, has been named the European Capital of Culture 2013. Historic sights are undergoing restoration in anticipation of 2013 visitors, and the city has planned a program of music, events and celebrations that are sure to impress.

Only three hours from London, it’s almost easier to get there than it is from Sydney to Canberra. And, with unrivalled scenery, a chic European capital, natural wonders and its own ice cap all within an area of 100,000 square km, how could you not go.

Starting off in the compact capital Reykjavik — a historical, entertaining and friendly city, it is a perfect place to be introduced to the buzz and energy of Iceland. It’s only a stones throw from here to the spectacular natural wilderness that offers more outdoor activities than you could possibly fit into one visit.

Turkey has in recent years become a popular destination for tourists coming from the UK, and with good reason. The cultural and historical intensity of Istanbul, combined with the beautiful Mediterranean coastline, is enough in itself to justify an extended visit.

2013 will be the year southeast Turkey is added to the itinerary, with low-cost airlines starting to discover this unique historical area. The recently uncovered ruins of GÃ¶bekli Tepe near Sanliurfa are as yet untouched and free from the crowds already climbing over Troy and Ephesus. This can be combined with visits to the historic towns of Mardin and Midyat and a hike along the recently inaugurated Abraham’s Path walking trail, which will take visitors through Kurdish homestays offering simple homestays.

Madagascar is one for the nature lovers. With 5% of all known animal and plant species residing here, and 5000km of coastline to discover them along, it is a destination best marked in the diaries for the summer months. It is however difficult to get around, with the road system best suited to off-road vehicles.

For those who want to stay put, there is 450km of barrier reef and 250 islands to choose from. Underwater diving sites offer shipwrecks, ‘cathedrals’, and abundant sealife. Above ground are pristine beaches, hammocks, sailing and whale watching.

6. Carinthia, Austria
A winter getaway without breaking the budget

In the southernmost corner of Austria, backing onto Italy and Slovenia, Carinthia combines Mediterranean charm with Austrian efficiency. Beautiful winter scenery, world class skiing on slopes without the crowds and plenty of aprÃ¨s-ski in traditional surroundings.

It’s not just a place reserved for the winter months either, with hiking and swimming in natural lakes perfect activities to enjoy in the gentle Austrian sun.

7. Northern Cyprus
A cultural kaleidoscope with a unique character

Northern Cyprus, the Turkish-controlled state, is prime for rediscovery with a surfeit of historical sites, coastal treks and the golden beaches of the Karpas Peninsula. Touted as the ‘pure Mediterranean’, it holds a traditional and romantic appeal in an increasingly touristy country.

Sicily is the football of Italy — the large island that sits below the boot-shaped mainland. With a typical Mediterranean climate, it also has a Mediterranean culture and flavor, making it perfect for travel in the summer months. However, with archeological sites such as the Valle dei Templi and the Villa Romana del Casale, as well as the tallest active volcano in Europe, it is a destination worth exploring year round.

The second-largest city in Northern Island, Derry will in 2013 be undergoing a cultural renaissance after being named UK City of Culture 2013. With an old walled city lining the bank of the River Foyle, Derry offers a wealth of culture and history in one location.

Festival Fun: All Ireland Fleadh — the world’s biggest Irish festival.
Arts & Culture: Host of the Turner Prize in 2013, and regular events including the Jazz Festival and Earhart Festival.