Tour the sights or live the life? A tough decision when it comes to a city like Amsterdam. NICOLE CROWLEY tried to find a balance between the two when she travelled to the city where rules are made to be broken.

by Nicole Crowley
in Inspiration 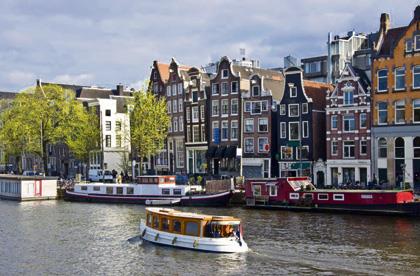 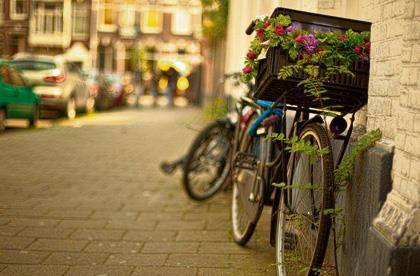 GEFELICITEERD (congratulations!) to all who venture to the Netherlands in the wintertime.

For all my reservations, the dusting of snow on cobble streets and swans in icy canals only accentuated the city’s historic beauty. Just an hour and 15 minutes from London, Amsterdam is the perfect Easter getaway.

Those returning from the effervescent Amsterdam are usually rife with two types of traveller tales. Firstly, there are those who spent their nights reeling in the capital’s lax approach to drugs and live merchandise, fare-welling memories of drunken-crazed nights in the Red Light District and coffee shops.

Then there are those who carry back tales of picturesque tours through a maze of canals, peddling bikes through idyllic city streets, and museum hops between Van Gough and Rembrandt.

Seeing as the Dam is hardly the place to do things by the half, if you’re prepared, you can find a neat balance between the two.

Amsterdam wouldn’t be Amsterdam without a few lost brain cells. Here are two of the best.

The Butcher is the epitome of ‘best worst kept secret’. Unassuming from the street, The Butcher is but a burger shop in heart of Holland’s most famous market, the Albert Cuypstraat. It is more like a small diner, with wood-paneled seating bordering the shop’s perimeter, and a meat grill.

However, if you’re an exclusive member, or if you’re in the know, or if you just know — a password will enable you access to the cocktail lounge behind the aesthetically displeasing painted doors. In an award-winning concept from innovative entrepreneurs, the lounge is a breath of elegant fresh air. Dark and seductive, the bar is clad with suited bar tenders and world-class cocktail concoctions. Open until late, it’s the perfect finish to a hearty meal.

TIP: On good accord, the password changes nightly and is always a cut of British meat. Happy guessing! 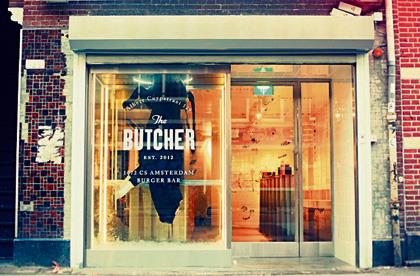 Adorned with puffer fish and other tropical treats, the décor in this place is a cut above the rest. We were fortunate enough to get a personal tour of this truly unique venue by its South African owner, and discovered some of the reasons this bar is a must-see. The large bar is subtly divided into three rooms. The music is creatively adjusted to suit each mood; DJs for when dancing is on the cards, and soft lighting and sounds for more intimate heart-to-hearts.

Dvars has also cleverly incorporated an air controlled smoking area with ceiling ventilation, for the nights when the snowy street is too much. You’ll also find a selection of the finest (and nicest) international bartenders mixing cocktails, naturally.

From the Streets to the Canals

Often dubbed the ‘Venice of the North,’ Amsterdam is synonymous with canals. Boosting over 100 kilometers of canals, no trip is complete without a tour. Rest assured, during the wintertime this tour can be taken within the comfort and warmth of a glass enclosed boat.

Emperor’s Canal (Keizersgracht) is one of the larger canals and serves as the perfect sidewalk for street strolling, offering plenty of coffee shops and Kodak opportunities. Whether you’re sailing the high canals or walking along the cobble streets, keep your eyes open and you’ll be sure to see some of the 1550 monumental buildings throughout Amsterdam. The streets are adorned with these treasures, best revealed through a guided tour.

Notable sites include the Westerkerk (Western Church, Amsterdam’s tallest church), The Royal Netherlands Academy of Arts and Sciences, the Bag and Purse Museum and Government houses.

You know a city houses some of the most exclusive and renowned art in the world when it has a dedicated Museum District. Whether relics are your thing or not, you may be subject to much criticism if you do not see at least some of Amsterdam’s finest.

Special mention must be made to the Rijksmuseum, Van Gogh Museum and the Anne Frank House. Recreating the war years and holocaust, the Anne Frank House is now a museum where you can walk through the annex where she lived in secret and wrote her chilling diary which is on display, along with quotes and illustrations from herself and others who helped her family.

If art is more your forte, Amsterdam has no shortage of galleries. Housing the world’s largest collection, the Van Gough museum takes you through the history and development of the artist’s iconic works. The Rijksmuseum is the largest of the museums in the Netherlands and stands as a magnificent piece of architecture alone. The Rijksmuseum is home to works by Rembrandt, Frans Hals and Vermeer.
Special mention must also be paid to the less historically valued museums. The Condom Factory is an entertaining must, making for some fun memories and creative gifts.

Two crucial tips: ensure you take a stroll in both the day and night, and never, ever take a photo. The shock value of the RLD really comes down to expectations. Walking through from Chinatown, I knew I had definitely crossed into new territory, but I was less surprised than I had imagined. What I was surprised to learn was that there are three RLDs in Amsterdam, though the talk of the town is the district closest to the DAM, in the centre of town.

Later in the night is where the real clichés start. Women adorning the windows in little less then underwear, dancing for a seductive sale; men prepared to strike up a deal; women clutching their bags for the fear of pickpockets; girlfriends giggling nervously and couples lapping it up. To see a show is up to you, but a walk through the RLD is an experience in itself. Just steer clear of alleyways. And, in a strange twist of juxtaposition, the Oude Kerke (Old Church) is located in the middle of the district and is well worth a visit. 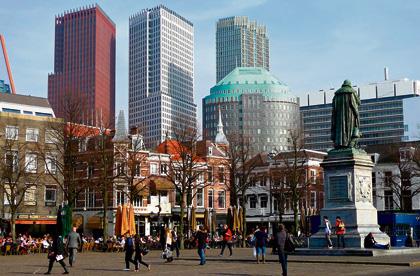 Just 50 minutes from Amsterdam on the metro, you’ll find yourself in The Hague — often mistaken for the country’s capital. It’s easy to see why. The Hague, (locally, Den Haag) is crammed with cosmopolitan culture. It is home to the International Courts of Justice and the Peace Palace, the International Criminal Court and numerous other government bodies. Tours through the ICJ run on the weekends, although there is a weekly tour available in the visitor’s centre, which offers a complimentary 30-minute audio guide through the Palace’s history of world cooperation and conflict.

Whether it’s two nights or five, Amsterdam is a wonderland of to-dos for almost every age and taste. Although window-shopping in London is a little easier on the eyes, landing back in town does seem somehow mundane. All in all, the Netherlands is an experience to be had; just ensure that you unearth each facet and keep the clichés at bay. The city is far more than sex shows and dope.