Where to watch the 2013 AFL Grand Final live in London

AFL Grand Final live in London - where to watch it in 2013 | Aussie expats in the UK keen for their footy fix on the last Saturday of this September should check out this list of the best venues in the capital to watch the big one streamed direct from the MCG in Australia. 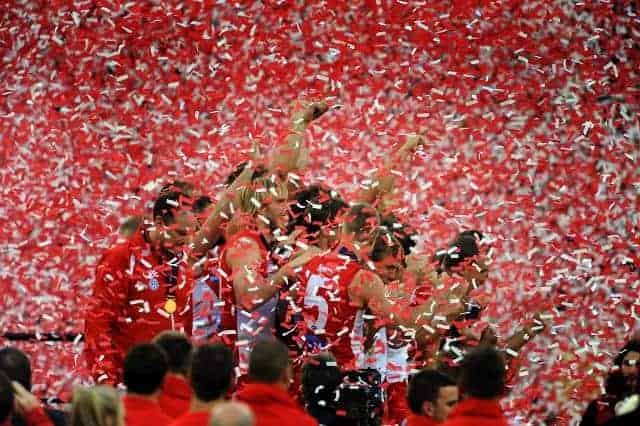 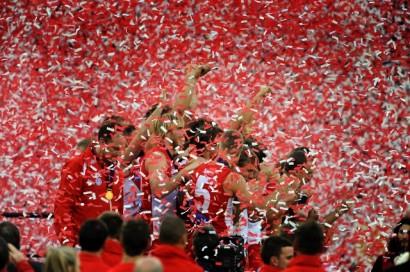 The AFL Grand Final will be shown live at many venues across London. Here’s a list of the best options.

Australian footy fanatics unite! The AFL Grand Final 2013 is coming to the capital, live from the MCG. It may well be screening at some ungodly hour on a Saturday morning, but that doesn’t mean you can’t watch it with fellow fans, with a meat pie and beer in hand.

A number of bars and venues around London celebrate the biggest day on the Aussie sporting calendar by putting on a party to remember (or forget – yes we are looking at you, 2012 Hawks fans). Not just for the sports nuts, most Aussie expats become AFL fans at least for the day and drag themselves out, bleary eyed for the big one – the truly devoted just pushing right through from Friday night and into the dawn.

For those who want somewhere central, with something a little extra — Bloomsbury Lanes are holding an AFL Grand Final Party with a difference. Hosted by Bogan Bingo it will be an epic affair, with four large screens, a footy marathon of classic Grand Final’s past, a half-time Handball Competition, hot pies and sausage rolls, and Australian craft beers and a prize for best costume.

There’s plenty of space for everyone to watch the game with doors opening at 4.30am, bounce at 5.30am and the party kicking on until midday. Tickets are £7.00 in advance or £10 on the door.

With Aussie beer, food and goodies, and the chance to win some great prizes, the Clapham Grand has for many years laid claim to South London’s biggest and best AFL Grand Final party. Not to mention their massive screen — the largest sports screen in the UK at 24 feet wide! Throw in six plasma screens strategically positioned so punters never miss the action and watching the granniet at The Grand is almost as good as being at the G .. almost.

Tickets are £10 and include entry, an Aussie pie and a beer. Doors open at 4.30am. Plus, there’s VIP Tables and VIP Boxes available.

The Junction Bar (hosted by the London Swans)

Last year this party went off — with a sell-out crowd celebrating a Sydney Swans victory. With seven large screens and one GIANT screen it will be a great place to catch the match live in the North.

Full details will be released soon on how to get your tickets early.

Then of course there are London’s Walkabout bars, if you dare.

For the 2013 AFL Grand Final live telecast, doors open at the Walkabout Temple at 4am on 28 September. Tickets are £20 and include two free drinks and a breakfast bap, and can be purchased online or in cash at the venue (prior to the event), or expect a big queue on the day.

Shepherd’s Bush Walkabout opens at 4.30am and £15 tickets will get you entry, two drinks and breakfast.

Note to the bleary eyed faithful: Tubes stations are given as a point of reference. You’ll need to be there before the tubes run if you don’t want to miss the bounce. Check back later for more information as it is released.

Where to watch the NRL Grand Final 2013 in London