Former Australia coach Eddie Jones has urged the Wallabies to reconsider Giteau’s law in an effort to make the team more competitive in the future. 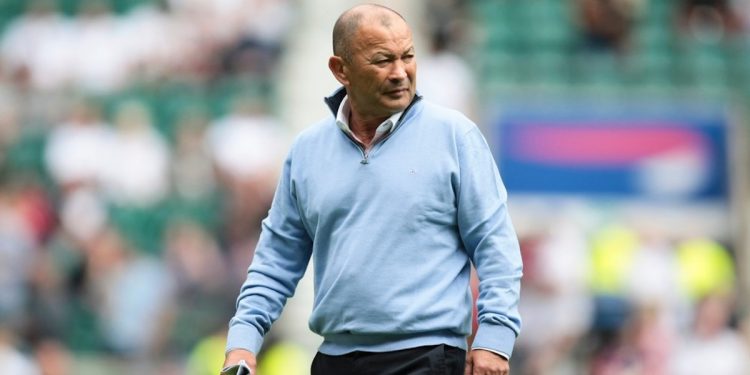 It follows a disappointing World Cup campaign for Australia, who showed plenty of promise, but then lost 40-16 to England in the quarter-finals. That inspired the ARU to consider scrapping Giteau’s law, a framework that governs which foreign-based players are allowed to play for the Wallabies, and Jones believes that would be a sensible idea.

Under current rules, Australia can only pick players that ply their trade abroad if they have already won at least 60 caps. The law is named for Matt Giteau. However, many of the teams that ranked among the favourites on trusted betting sites like Bookmaker had many stars that played abroad. The Springboks won the tournament, overwhelming England in the final, and many of their players are based outside of South Africa.

“I think maybe they need to reconsider that Giteau’s law,” said Jones, the Tasmanian coach who led his England team to a stunning victory over New Zealand before they ultimately came unstuck against the Springboks. “Players move around a lot more now and maybe the number of caps needs to be reduced. Maybe the number should be 40 caps in the future, which allows more flexibility.”

Jones, who coached Japan as they recorded an eye-catching victory over the Springboks at the previous World Cup, noted that Australia’s Super Rugby is “not as vibrant as it would like to be”. He warned that players will be keen to move to more lucrative leagues in England, France and even Japan in order to be better compensated for their talents, so it would make sense for the Wallabies to retain the services of their best players by scrapping or amending Giteau’s law.

“Players will move because they are professional players now,” said Jones.

Two of Australia’s best players at the World Cup, Samu Keveri and Adam Coleman, are now no longer eligible. They have joined foreign clubs after the tournament, and they have just 33 and 38 caps respectively. Coach Michael Cheika resigned following the defeat to England, and Dave Rennie replaced him. The new man will be hamstrung by Giteau’s law as he plans to lead the Wallabies back to the top, but ARU bosses are considering changes.

Yet they do not want to see Wallabies success come at the detriment of Super Rugby.

“Every rugby fan wants to see Super Rugby teams be successful, they want their heroes playing in their Super Rugby team,” said Rugby Australia chief executive Raelene Castle. “So it’s a bigger conversation than just Wallabies success. It’s about making sure we’ve got the right players playing within our Super Rugby franchises as well.”

Jones led Australia to 33 victories in 57 matches during his time at the helm, which began in 2001 and ended in 2005. He came within a whisker of winning the World Cup in 2003, only for Johnny Wilkinson’s last-gasp drop goal to hand England the trophy. Since then it has been a lean period for Australian rugby, and Jones advocates greater grassroots investment in order to address the situation.

“At the bottom end, there just needs to be more investment in the development of the young players,” he told ABC. “Particularly, there needs to be investment in community rugby and investment in bringing the best talent through. Make sure you invest in younger players, invest in talent identification, which is probably something ARU hasn’t done well.”

Jones was linked with the Wallabies job after Cheika’s resignation, but he revealed that he did not have a formal discussion with the ARU about it. Castle has previously said there were discussions with Jones, but that his contract with England prevented any move from materialising.

“There was a brief text exchange, with no actual in-depth discussion about whether I was interested in coaching Australia,” said Jones. “I don’t think they were really interested in bringing me back as the Australian coach. Dave Rennie will do a good job. He’s a very good coach. He’s got a good way with people, so I think he’ll bring the team together.” Yet whether or not Keveri and Coleman will be able to help out in this brave new era is another matter entirely.