One year out today, the 2012 London Olympics are on course to surpass the acclaimed 2000 Sydney Games, says Australian Olympic Committee president John Coates. 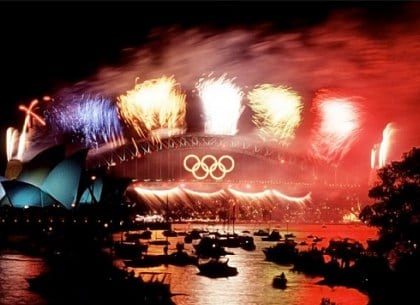 Exactly a year out from the opening ceremony at London’s Olympic Park Stadium, Coates on Wednesday was a full of praise for the London organisation which has close to 90 per cent of all new venues already complete.

“I think we’re all pretty proud of Sydney (2000) and many people say that Sydney remains the benchmark,” said Coates.

“But from where I’ve been sitting London has been six months to a year ahead of us in their preparations all the way through since they were awarded the Games six years ago.”

However, Coates was quick to point out the heavy involvement Australians have had in the London Games organisation.

“But these Games now have the very British stamp to them and I think there’s every prospect of them surpassing our Games.”

Coates, who took a look at the preparations on a visit to London in May, believes they’re on a winner by using some of the city’s iconic venues to house various sports.

The All England Club in Wimbledon is the venue for the tennis, Lord’s cricket ground hosts the archery and a temporary beach will be built at Horse Guards Parade on the Prime Minister’s doorstep for the beach volleyball.

Coates also repeated the goals the AOC have for the Australian team at the London Games.

“Our target is again to finish in the top five in the gold and the overall medal tally,” he said.

“At the last Olympic Games, we were fifth in the overall medal tally, and we were fourth in Sydney and fourth in Athens, but we slipped to sixth in the gold medal tally (in Beijing) and we’d like to correct that.”

With the top three spots sure to be occupied by powerhouses Russia, China and the United States, Coates said Australia’s focus would be to battle it out with Britain, France and Germany for a top five spot.

“If we can finish ahead or close to the Brits we will be in the top five, there’s nothing surer,” Coates said.