Australian cricket captain Michael Clarke married model Kyly Boldy in front of the their families in a secret ceremony on Tuesday. 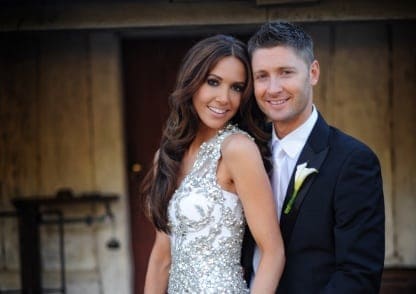 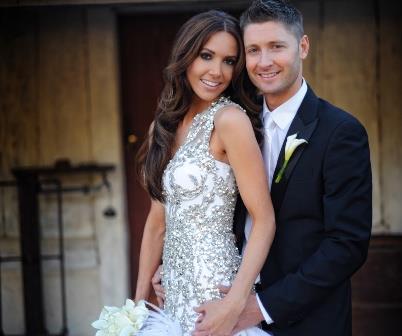 AUSTRALIAN cricket captain Michael Clarke married model Kyly Boldy in front of the their families in a secret ceremony on Tuesday.

The couple, who began dating 18 months ago, tied the knot at the exclusive Wolgan Valley Resort and Spa in NSW’s Wolgan Valley, around 200km northwest of Sydney.

Clarke and Boldy both announced the news on Twitter on Wednesday.

Clarke tweeted: “Happiest guy in the world. Married @KylyBoldy yesterday in front of our gorgeous families. Couldn’t be happier!”

He also posted three photos, one of which featured Boldy sitting on a grey horse in her white wedding dress with Clarke holding the reins. 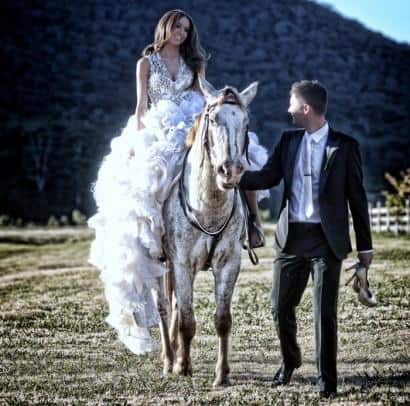 Boldy also wrote of the news on her Twitter account: “Luckiest Woman in the world! Married @MClarke23 on the 15th of May 2012. Greatest day of my life, so proud to be your Wife.”

After his much-publicised break-up with Lara Bingle, to whom he was also engaged, Clarke had credited Boldy as a grounding influence in his life on and off the field as he assumed the captaincy from Ricky Ponting and discovered career-best form, including a record 329 not out at the SCG against India in January.

The couple has largely shied away from the limelight, but Boldy has been regularly pictured watching on from the stands during Clarke’s matches.

The Wolgan Valley Resort and Spa resort confirmed the wedding had taken place there but would not offer further comment.

Clarke returned from his Indian Premier League commitments with the Pune Warriors for the occasion.

It was announced earlier on Wednesday that Clarke would try his hand at motor racing in the International Rally of Queensland in late May as part of a promotion with a sponsor.

Clarke will next lead Australia on their one-day international tour of Britain in June and July. – AAP