Australian women's basketballer Liz Cambage has made Olympic history, as she became the first ever woman to dunk in Olympics basketball. 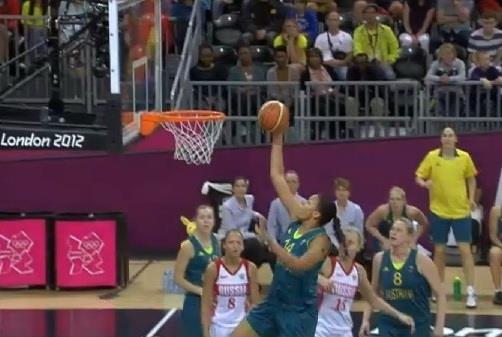 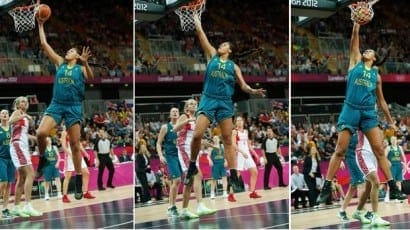 AUSTRALIAN women’s basketballer Liz Cambage has made Olympic history, when she became the first ever woman to dunk in Olympics basketball.

In the Australian Opals group game against Russia, Cambage towered over her opposition to dunk the ball and send her team mates wild.

The 20 year old 6’8” player, playing at her first Olympics, drove down the middle of the lane and performed a feat that is rarely seen in an Olympic women’s basketball game.

Australia won the match 70-66 as they look to shake the Olympic basketball bridesmaids tag and win gold at London 2012, after three consecutive Olympic silvers at Sydney, Athens and Beijing.