ASHES 2013 | Shane Watson played the best innings of his Test career, but unfortunately it’s too little too late for Australia this Ashes. 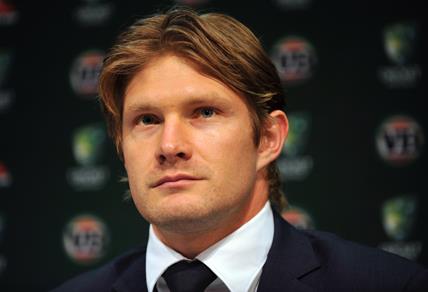 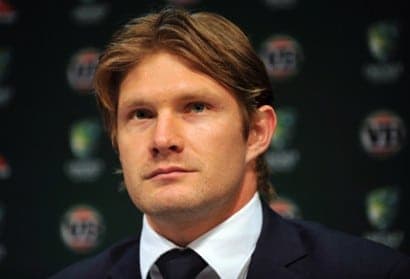 THE SUN had already set on the Ashes series before Shane Watson produced the most golden innings of his career on Wednesday in the fifth Test at The Oval.

The stunning knock inspired hope that Australia may have finally found a No.3 to rely upon for the coming summer, but Watson admitted his first hundred in 48 innings and nearly three years was bittersweet.

England had comfortably their worst day of the series, starting with some failed selections at the coin toss, but sadly for Australia the home side are in a position to have an off day at 3-0 up.

Soul-searching, some back-to-basics technical work and a show of toughness earned Watson the biggest score of his career.

After coming in at 1-11, Watson smashed a brilliant 176 on day one to leave Australia in a strong position at 4-307 at stumps, after he combined for a 107-run stand with Chris Rogers and a 145-run partnership with an impressive Steve Smith (66 not out).

But the allrounder conceded his drought-breaking ton was too little too late.

“I would give anything to score runs at the start of the series. It’s only a consolation,” Watson said.

“The most important time was the first three Test matches and I wasn’t able to do that.

“I’ve had a lot of soul searching to do because I knew how important it was to set up the series.

“It was important for me to score runs as a senior player and I wasn’t able to do it.

“I have been asking myself a lot of different questions over the past five Tests with my cricket.”

On 91, Watson was felled by a vicious Stuart Broad bouncer, keeping him on the canvas for several minutes with doctor and physio at his aid.

But the burly right-hander got up swinging, passing a hundred from just 114 balls.

Ultimately he was out just 24 runs short of a double century – thanks to a Kevin Pietersen screamer in the outfield – in an innings featuring 25 fours and a six.

Watson was struck by Broad under his helmet, behind his left-ear and crashed to the floor, writhing in pain.

Once he was able to determine it wasn’t serious, Watson said the blow actually helped him to close out the third hundred of his career and first since October 2010 against India in Mohali.

“It certainly got me thinking (of things other than) the nervous nineties and trying to get through that,” he said.

Watson’s stellar hundred is the first time an Australian No.3 has posted a three-figure score since Shaun Marsh against Sri Lanka in 2011.

If he’s not going to open, first drop seems to make sense for a man who thrives on facing the new ball and clearly feels comfortable batting with opener Rogers.

Getting out lbw has been Watson’s achilles heel, but after taking advice from Michael Clarke, Rogers, coach Darren Lehmann, batting coach Michael Di Venuto, national talent manager Greg Chappell and others – he has, for the most part, become more careful with his front leg since the Lord’s Test.

Watson dined out on England debutant Simon Kerrigan, smashing six boundaries off the spinner, including 18 in his second over.

He was dropped on 104 and survived an lbw dismissal on DRS when on 166 in what was indisputably his day.

“Of course it’s a big relief to be able to get a hundred,” he said.

“I’ve worked very hard, and had some very good people helping me out over the last six weeks to be able to get myself into a place where I can give myself a chance to be able to bat for a long period like that.” – AAP