An upcoming documentary, Utopia, produced for ITV by expat John Pilger is set to lift the veil on Australia’s “racist” treatment of its indigenous population, with the journalist calling the conditions faced by Australian aborigines the country’s “dirtiest little secret”. 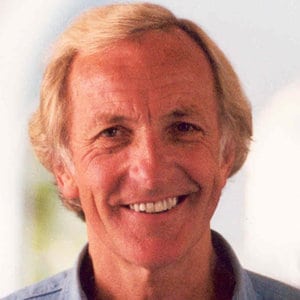 AN UPCOMING documentary produced for ITV by expat John Pilger is set to lift the veil on Australia’s “racist” treatment of its indigenous population, with the journalist calling the conditions faced by Australian aborigines the country’s “dirtiest little secret”.

Mr Pilger, who has lived in the UK since 1962, is a world-renowned journalist that began his career with Sydney’s Daily Telegraph before securing a reputation as one of the industry’s leading war correspondents after taking a position with London’s Daily Mirror. He is a long-time critic of the Australian government’s treatment of the Aboriginal population, producing his first documentary on the issue in 1985.

The journalist’s forthcoming documentary Utopia will focus on the experiences of Indigenous Australians living in Western Australia, with an editorial written by Mr Pilger to accompany the film exploring the “squalor on the doorstep of Western Australia’s multibillion-dollar resources rush.” Mr Pilger makes the observation that the poverty faced by Aboriginal communities is in stark contrast to the wealth cultivated by the mining industry.

Mr Pilger said: “Barely a fraction of mining, oil and gas revenue has benefited Aboriginal communities, whose poverty is an enduring shock. In Roeburne, in the minerals-rich Pilbara, 80 per cent of the children suffer from an ear infection called otitis media that causes partial deafness. Or they go blind from preventable trachoma. Or they contract Dickensian infections. That is their story.”

The two-time winner of Britain’s Journalist of the Year acknowledged that Australian culture had changed since his time living in the country, however he argues that the change is not as profound as the Australian government has portrayed. Mr Pilger referred to his education at the prestigious Sydney Boys High School as an example of the entrenched nature of Australia’s racist perspective on its indigenous population.

Mr Pilger said: “More than any colonial society, Australia consigns its dirtiest secrets, past and present, to a wilful ignorance or indifference. When I was at school in Sydney, standard texts often dismissed the most enduring human entity on earth: the indigenous first Australians. “It was quite useless to treat them fairly,” wrote the historian Stephen Roberts, “since they were completely amoral and incapable of sincere and prolonged gratitude.” His acclaimed colleague Russel Ward was succinct: “We are civilised today and they are not”.”

Utopia’s release comes shortly after Western Australia’s corrective services commissioner resigned after the decision was made to relocate 140 juvenile offenders — largely indigenous — to an adult prison after a riot at their youth detention facility in January. Mr Pilger claims that the custodial treatment of Indigenous Australians has not advanced in any meaningful way since the brutal colonial era.

Pilger said: “The Aboriginal stereotype is violent, yet the violence routinely meted out to black Australians by authority is of little interest. Deaths in custody are common. An elder known as Mr Ward was arrested for driving under the influence on a bush road. In searing heat, he was driven more than 300 miles in the iron pod of a prison van … the temperature reached 50 degrees centigrade.

“Mr Ward cooked to death, his stomach burned raw where he had collapsed on the van’s scorching floor. The coroner called it a “disgrace”, yet the Department of Public Prosecutions refused to take action, saying there was “no evidence”. This is not unusual.”

Bob Neville, chairman of the Pilbara Association of Non-Government Organisations, supported Pilger’s perspective in the article and called for an inquiry into the conditions faced by Indigenous Australians in the region. He said that members of the Aboriginal community were “sleeping in the dirt on Gina Rinehart’s doorstep. They’re dying from alcohol, drugs, poor nutrition and suicide.”