Tickets sold for Gallipoli 2015 should be refunded, says minister

Veterans Affairs Minister Warren Snowdon says tour companies that have sold tickets to Gallipoli 2015 events should give the money back. 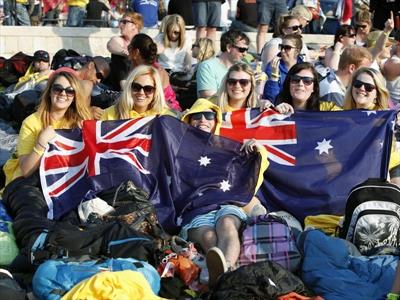 Tour companies were advised as far back as 2009 not to sell tickets for the official event at Gallipoli on Anzac Day 2015 because it was yet to be decided how places would be allocated.

On Monday, the government announced details of a joint Australian and New Zealand ballot for people wanting to go to Turkey for the historic commemoration.

Mr Snowdon said a ballot was the fairest way of allowing access to the site – an area smaller than a football field and with a capacity of just 10,500.

But there’s no special provision for tour company clients, with the minister saying they will only be able to attend if they are chosen in the official ballot.

Mr Snowdon called on the tour companies to refund any money they may have taken for tickets.

“If they are advertising now that they can sell tickets for the Dawn Service at Gallipoli 2015, it’s misleading, it’s wrong, they should cease it,” he told reporters in Canberra.

“And if they have taken money from people they should give it back.”

One tour company says on its website that its Gallipoli 2015 tour, which includes attendance at major services on Anzac Day, was booked out a year ago.

It plans to charter a cruise liner with accommodation for more than 2000 guests to anchor off Gallipoli and transport passengers to shore in small boats in the early hours of Anzac Day.

Under the government ballot, 500 places will go to VIPs and official guests, 2000 to New Zealanders and 8000 to Australians.

Sons and daughters of Gallipoli veterans will receive 400 double passes (totalling 800 places), as will current veterans. Another 400 places will be set aside for secondary students.

The remaining 6000 places will be balloted as 3000 double passes.

But opposition veterans affairs spokesman Michael Ronaldson said the government needed to justify its limit of 10,500 and release the consultants’ report which arrived at the figure.

“The coalition’s goodwill and bipartisanship for the Centenary of Anzac is continuing to be tested and we can only give qualified support for this ballot proposal until we have seen the report which justifies the 10,500 cap,” he said in a statement.

The official passes will allow attendance at the Anzac Day Dawn Service and at the Australian service at Lone Pine later in the day.

Registration for the ballot opens on November 1 this year and closes on January 31, 2014. Winners will be notified in March. – AAP