China’s power is undeniably growing fast and with the world in deep economic trouble, this might be one of the most important Presidential changeovers in its history. 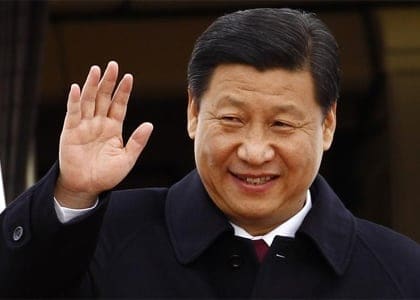 BOTH the world’s leading economies have experienced a very different kind of political process in the last few weeks. America decided to stick with the same leader for another 4 years via the ballot box, whilst China’s new regime was established as the result of a much more arbitrary process.

Xi Jinping, the second son of one of the founding fathers of Communist China, Xi Zhongxun, is set to replace the current President of the People’s Republic of China, Hu Jintao. While the American people were given their say and got to choose who they want in the White House, only a small proportion of the Chinese population have any powers to even influence the decision on who is to take up the reins of the Red Dragon.

With China currently at second place in the GDP rankings, there’s no disputing their influence on the global stage. Although not yet on a par with the US, China’s power is undeniably growing fast and with the world in deep economic trouble, this might be one of the most important Presidential changeovers in its history.

“What makes the Chinese succession so important — arguably more important than the Obama-Romney race — is that China has a need for real reforms,” says John Daly from foreign exchange company, World First

“Many Western commentators and politicians have voiced their opinions about the political changes that they believe China should pursue, but the need for economic reforms in China is becoming increasingly pressing.”

In the current economic downturn, it is becoming more and more apparent that China’s heavy reliance on the export market is causing their growth to slow down. Almost half of China’s GDP is dependent on its industry, compared to under 20% the US, just over 20% in the UK and just under 30% in Japan. Its reliance on revenue from overseas markets means that as the global economy shrinks, and demand for these products falls, Chinese exports decline and growth slows down.

Similarities with its great rival in the West are easy to identify. Before independence, colonial America was also overly reliant on foreign trade and it was the realisation that they must start generating wealth within their own borders which contributed to the Declaration of Independence itself.

“If China is to stand on its own feet and become ‘independent’, it must generate wealth from its own people,” adds Daly.

Commentators around the world can only guess what the new administration in China will bring politically and economically. There is some speculation that Xi Jinping has liberal inclinations, because of his father’s fame as an economic reformer. However, unlike during the Obama-Romney race, when both candidates toured America expressing their political, economic and social views, those who were known to have been listed as the nominees for the next Chinese premier did not even hint at their opinions about the direction that the second biggest economy of the world should take.

All we know at the moment is that political discontent is spreading faster and faster across China, largely thanks to the internet influencing the masses in much the same way as the printing press did in 18th century Europe. These political and economic realities cannot be ignored by the new administration and we should expect to see further reforms occur in China in the next decade.  However, thanks to the secret nature of Chinese politics we can only guess what changes the new leadership will decide to carry out.

Keep up to date with the global economy via World First’s daily updates.