Rupert Murdoch’s 75 meetings with PMs since ’88

Rupert Murdoch shed light on his fluctuating relationships with British powerbrokers as it was revealed that he had 75 meetings with Prime Ministers over the past 24 years. 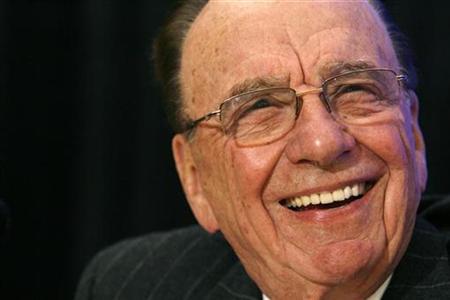 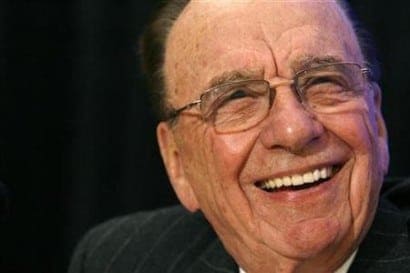 RUPERT MURDOCH shed light on his fluctuating relationships with British powerbrokers as it was revealed that he had 75 meetings with Prime Ministers over the past 24 years.

The latest revelations at the Leveson Inquiry included current Prime Minister David Cameron flying in on Mr Murdoch’s son-in law’s jet for a meeting with the media tycoon on his daughter Elisabeth’s yacht on the Greek resort island of Santorini.

Mr Cameron’s government has come under constant attack in the wake of the phone-hacking scandal for its close ties with the Murdoch empire.

During his first day of evidence at the media ethics inquiry, Mr Murdoch, 81, said under oath he had a vague recollection of the 2008 meeting with the then opposition leader.

“Mr Cameron might have thought stopping in Santorini (on the way to holiday in Turkey) might impress me. I don’t know,” Mr Murdoch said.

But the News Corp supremo remembered with greater clarity a spectacular falling out with then Prime Minister Gordon Brown a year later.

Following the decision of his top-selling newspaper The Sun to switch allegiances to the Mr Cameron’s Conservative Party before the 2010 election, Mr Murdoch described the Labour leader as unbalanced during a conversation.

“I must stress no voices were raised. He said: `Well, your company has declared war on my government and we have no alternative to make war on your company.

“I said ‘I’m sorry about that Gordon, thank you for calling’ and that was that.”

Mr Brown, who lost power at the 2010 election, denied he ever declared “war” on the Murdochs.

But what was not in dispute was Mr Murdoch’s repeated statements that he never used his media empire, in particular The Sun, to influence politicians in the UK.

“I want to put it to bed once and for all, that that is a complete myth that I used the influence of The Sun or the supposed political power to get favourable treatment,” he said.

He said politicians courting media proprietors was just part of the democratic process.

When asked if he didn’t need to directly ask for favours to sway decision makers, Mr Murdoch replied: “I’m afraid I don’t have much subtlety about me”.

He started to run out of patience at one stage during the inquisition as he was quizzed about his relationship with former Prime Minister Tony Blair.

“I, in 10 years he was in power, never asked Mr Blair for anything, nor did I receive any favours,” he said, thumping the table to ram home his point.

Since 1988, Mr Murdoch has met British Prime Ministers, on an average of more than three times a year.

During that period he met opposition leaders on 35 occasions.

Mr Murdoch, who is due to conclude his testimony on Thursday (starting 10am, 1900 AEST), was supported in the public gallery by his wife Wendi Deng and eldest son Lachlan Murdoch at the Royal Courts of Justice.

He was allowed additional breaks because of his age and even given an early mark on Wednesday afternoon to ensure he was fresh for his second day in the hot seat.

He delivered a much more assured performance than last year’s stumbling effort at the parliamentary committee at the height of the phone hacking scandal that led to the News of the World’s closure.

However the day was not without a casualty.

As Mr Murdoch delivered his evidence, a senior adviser of British cabinet minister Jeremy Hunt fell on his sword.

Adam Smith quit his post after it came to light at the inquiry on Tuesday that he provided regular, secret briefings to News Corp on the company’s proposed but eventually abandoned BSkyB takeover plan.

The communications painted Culture Secretary Mr Hunt in a poor light as it brought into question his independence in ruling on the bid.