Real life ‘snakes on a plane’ on Qantas flight from Australia

Qantas passengers on a flight from Australia to Papua New Guinea faced a real life 'snakes on a plane' situation when a three-metre python was spotted by passengers clinging to the space between the engine and the wing. 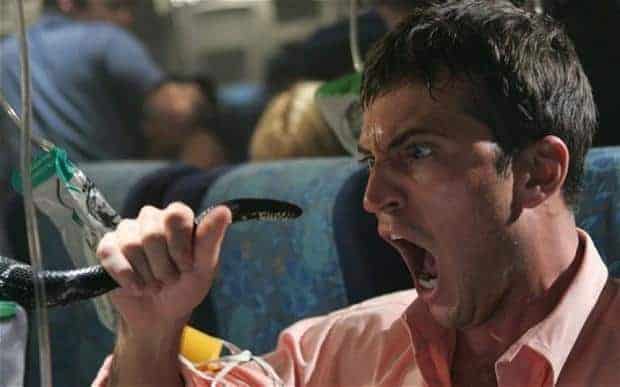 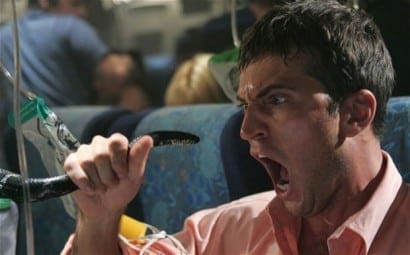 IN Snakes on a Plane Samuel L. Jackson famously yells at a bunch of killer snakes to get off his plane, going on to save the planeload of passengers, and ultimately, the day. Samuel’s experience may have come in handy on a recent Qantas flight bound from Australia for Papua New Guinea, when a three-metre python was spotted by passengers hanging out of the wing.

The 6.15am QF 191 flight from Cairns to Port Moresby was approximately 20 minutes into its journey when passengers identified the stowaway out the window.

Fairfax Media have reported a woman passenger told cabin crew: “My goodness there’s a snake on the wing… there’s its head and if you look closely you can see a fraction of its body too.”

The snake was initially tucked into a small space between the wing and the engine. A video shot by a passenger and available on Fairfax Media shows the snake’s tail being caught by the wind “pulling him straight out”.

Cairns based website designer Robert Weber was a passenger on the plane who said it became a life and death struggle for the snake at that point.

“I felt quite sad for it really. For the remainder of the flight, he was trying to pull himself back into the plane – even though he was fighting against 400kmh winds. The cabin crew told us that at cruising altitude, it was minus 12 degrees outside there – but not even that was able to finish him.”

The snake apparently managed to get itself back to safety numerous times, only to get its tail again caught in the wind and pulled back out. The wind repeatedly threw it against the side of the plane, leaving its blood across the engine.

Robert Weber said a pilot, who had visited the rear of the plane to watch, said at that point the snake should be dead. The snake however continued to fight on.

“Up until we’ve landed, I looked out the window and the thing was still moving.”

“They’re common in North Queensland, they’re ambush predators and if there are rodents anywhere nearby, they’ll most likely be in the vicinity. They often find their way into tight ceiling spaces in houses, although I’ve never heard of one on a plane until now.”

The president of the Australian Licensed Aircraft Engineers Association, Paul Cousins, confirmed to Fairfax Media that it would have been impossible for the snake to have crawled from its hiding place into the cabin.

“It appears as though the snake has initially crawled up inside the landing bay, maybe housed himself in there, and then crawled into the trailing ledge flap assembly.

“Nice and warm there but the plane later takes off, the flaps move back and he’s probably become shaken because of all the noise and vibration. Once he’s moved, he’s got caught in the wind.”

A Qantas spokesperson said: “We have never heard of this happening before.”