Melbourne Cup day has proven lucky for borrowers after the Reserve Bank of Australia (RBA) decided to cut the cash rate by 25 basis points to 4.5 per cent. 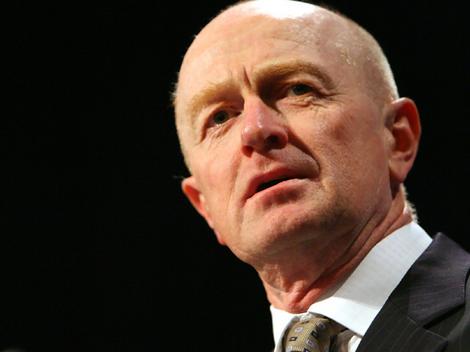 MELBOURNE CUP day has proven lucky for borrowers after the Reserve Bank of Australia (RBA) decided to cut the cash rate by 25 basis points to 4.5 per cent.

The decision was on the cards, with eleven of the 17 economists surveyed by AAP last week saying they expected the RBA to lower interest rates.

“CPI inflation on a year-ended basis remains above the target, due to the effects of weather events last summer, but is now starting to decline as production of key crops recovers,” he said in a statement accompanying the decision on Tuesday.

With labour market conditions now softer, the likelihood of a significant acceleration in labour costs outside the resources and related sectors in the near term had lessened, Mr Stevens said.

“With overall growth moderate, inflation now likely to be close to target and confidence subdued outside the resources sector, the board concluded that a more neutral stance of monetary policy would now be consistent with achieving sustainable growth and two to three per cent inflation over time,” he said.

Including the latest move, the RBA has now moved the cash rate, either up or down, on the past six Melbourne Cup days.

“It seems they didn’t want to have a restrictive policy stance sitting there anymore so they’ve taken that out, and they’re broadly neutral,” he said.

“They wanted to fine tune a little bit.

“They’re (the RBA) still highly uncertain about a lot of things there, the European situation and just what’s going on more broadly and decided they wanted to get back to a neutral stance.

“I didn’t think they’d fine tune, I thought they would stick with the broad sweeps of policy.”

Mr Walters said he did not think this cut would be the start of a succession of rate cuts.

“Unless they’ve got inflation trending down towards the bottom of the target, I wouldn’t have thought so.

“We’ll see what the commercial banks do.”

“The decision indicates their willingness to cut rates and shows they’re more reassured about the inflation outlook,” he said.

“Today’s decision was not unexpected by us. The next question is whether this is going to be a one-off, or the beginning of a series of rate-cuts.”

Mr Redican said the tone of the RBA’s statement indicated this would not be the beginning of a rate cut cycle.

“There’s no sign of panic in the statement today, which suggests they’re not going to cut rates dramatically,” he said.

“I think the policy is moving towards neutral, but it’s not neutral yet.

“We would argue that with inflation around the middle of the RBA’s target, at worst the policy should be neutral, so we would expect to see another cut, but not until 2012.”

The Australian dollar fell from 105.28 US cents to 104.86 cents immediately after the decision, but Mr Redican said he did not expect any noticeable effect on the exchange rate unless further cuts were anticipated.

“I wouldn’t expect the Aussie dollar to fall out of bed,” he said.

“The key issue will be whether people are expecting this to be the beginning of an easing cycle.”

He said he was expecting more cash rate cuts in the coming period.

“The reasonable expectation is to think that you’ll probably get one or probably two more (cuts) over the next three to six months, unless you get a sharp deterioration in financial conditions and the global economy, which is not our expectation,” Mr Plank said.

“The market had almost fully priced another one in December … but it looks like the market’s over-priced for December and February.

“Then, of course, there’s the risk of things going horribly wrong in Europe or globally, so the market is to factor in some prospect of the disaster scenario as well.”

“It is important to stress that the Reserve Bank is cutting rates from a position of strength, rather than weakness,” Mr James said.

Mr James said the decision to cut interest rates showed a notable change in direction by the RBA.

“Effectively, the Reserve Bank has admitted that it got it wrong,” he said.

“In August the Reserve Bank was set to hike rates. But it has become abundantly clear that inflation was under control and financial conditions were tighter than necessary.”

However, Mr James said the November rate cut was not the beginning a rate cut cycle.

“While rates have been cut, no one should expect a follow-up move any time soon,” he said.