Federal Labor looks set to back gay marriage as the Right faction has yet to come to a firm position on a party platform change on the eve of the national conference. 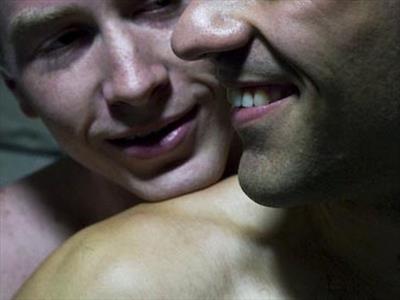 FEDERAL Labor looks set to back gay marriage as the Right faction has yet to come to a firm position on a party platform change on the eve of the national conference.

The gathering of 400 ALP delegates begins in Sydney on Friday with a speech by Prime Minister Julia Gillard, who at the 2010 election ruled out the party amending the Marriage Act this term and believes the ritual should be confined to a man and a woman.

A meeting of the Right faction in Sydney on Thursday night endorsed Ms Gillard’s position of allowing federal MPs a conscience vote if a private member’s bill is brought to parliament.

But the faction failed to come up with an alternative wording of a motion to change the party’s platform.

A motion by two openly gay members – ACT deputy chief minister Andrew Barr, from the Right, and federal minister Penny Wong, from the Left – to go to the conference on Saturday now appears likely to succeed.

That motion states: “Labor will amend the Marriage Act to ensure equal access to marriage under statute for all couples irrespective of sex who have a mutual commitment to a shared life. These amendments should ensure that nothing in the Marriage Act imposes an obligation on a minister of religion to solemnise any marriage.”

Right faction sources told AAP there was unlikely to be an alternative motion until just before Saturday’s debate, if at all.

Mr Barr said it was significant that the Right now firmly supported a conscience vote, but he said a platform change was necessary to underline it.

“I think it’s very clear now the conference will support a change to Labor’s platform and I’m increasingly confident that that change will be the wording that I’m proposing to move on Saturday morning,” he said.

He said members of the Right had shown during the faction meeting that “we are not all social conservatives”.

Asked whether a change would reflect badly on the prime minister, Mr Barr said: “There’s a lot of respect for the prime minister … (but) I think what is also at play in this debate is a lot of deeply and firmly held personal views and family connections.”

Senior Right faction members were talking down the importance of the platform change, with a number telling AAP the document did not represent government policy but rather was a broad statement of principles.

Mr Barr said the platform was a “core statement of beliefs” but he acknowledged that the prime minister had promised not to change the law this term.

“This is a very healthy debate for the party and the community … that’s the way it should be,” he said.

But he said the conference needed to emphasise the core issues for Labor “to keep people in jobs, to support families … to make our economy continue to grow”.

Proponents have gained confidence after the Queensland parliament passed laws allowing same-sex civil unions in the state, mirroring the arrangements already existing in the ACT, Victoria and Tasmania.

During the conference, proponents and opponents of gay marriage will present petitions each with more than 100,000 signatures.

Ms Gillard is still smarting electorally from her “no carbon tax” pledge, which was reversed soon after Labor formed minority government with the support of the Greens and independents.

Opposition Leader Tony Abbott does not support a conscience vote on the issue, but there is some support within the coalition for one.

The Greens support same-sex marriage and plan to put up a bill next year.

On the agenda for the first day of the national conference will be tax reform, climate change, trade, education and workplace relations.

There will also be voting for the national executive. – AAP

Watch the GetUp! same-sex marriage video that has gone viral in the past week. What are you thoughts – comment below: