PRIME Minister Julia Gillard will mark Anzac Day at Gallipoli this year, as part of a week-long international visit to Turkey and Singapore. 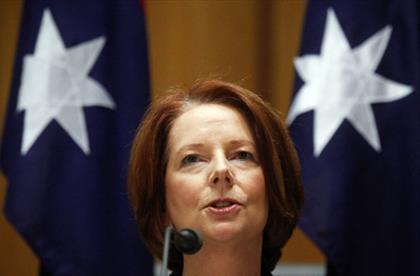 PRIME Minister Julia Gillard will mark Anzac Day at Gallipoli this year, as part of a week-long international visit to Turkey and Singapore.

As Australia gears up to commemorate the Anzac centenary in 2015, this year’s visit will be Ms Gillard’s first trip to Turkey as leader and the first visit to Gallipoli by an Australian prime minister since 2005.

“It’s a journey I’ve wanted to make all of my life and I’m very honoured and grateful that I will be in Gallipoli for this Anzac Day,” the PM said.

She will join Australians who have travelled to Gallipoli to commemorate the landing of troops at Anzac Cove on the 97th anniversary of the historic landings.

The prime minister will attend services at the Anzac Day dawn service, the Australian Memorial at Lone Pine and the New Zealand Memorial at Chunuk Bair.

“Australia and Turkey are strengthening our cooperation on a range of significant international issues,” she said in a statement on Monday.

The Aussie PM foreshadowed her trip to Turkey by announcing that the Australian War Memorial in Canberra would receive $27 million from the government to revamp its World War I galleries.

She announced the funding upgrade at the War Memorial itself on Monday and said the renovations will be completed for Anzac Centenary commemorations in 2014.

Meanwhile, during the Singapore leg of Ms Gillard’s trip, she will meet with Prime Minister Lee Hsien Loong to discuss trade, defence and regional cooperation.

As 2012 marks the 70th anniversary of the Battle for Singapore, in which more than 1000 Australians were killed or missing in action and over 15,000 Australians became prisoners of war, Ms Gillard will pay her respects at the Kranji War Memorial. – AAP