Offshore mining is big business in Australia, however carries certain risks for its owners and employees. PAUL BLEAKLEY examines the increasing role private military companies are playing in providing a level of protection to these companies operations. 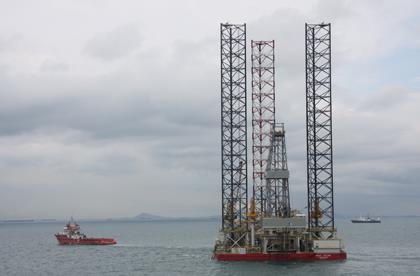 AS an international leader in the natural resources industry, Australian companies have established mining operations across the world. Recent trends toward offshore drilling has led to the Indian Ocean becoming the centre of the global struggle of the right to mine oil and gases in the region. The hotly disputed right to operate in the Timor Sea has traditionally been a point of contention for the Australian government, advocating the interests of the Australian mining companies heavily invested in the region.

Offshore mining, particularly in the Indian Ocean, has provided a key financial injection into the Australian economy and has contributed significantly to the sustained strength of the mining industry. This strength has been credited with helping the nation stave off the recent period of recession that has plagued the global economy.

The protection of the nation’s offshore mining rights is not simply a matter of treaties and diplomacy, however. The emerging trend of Australian organisations enlisting the aid of private military companies to secure their interests provides a clear indication of the silent trade war being fought to control natural resources.

In a recent conference presentation James Brown, a fellow at the Lowy Institute for International Policy, discussed the impact of organisations utilising maritime private security companies in the Indian Ocean in order to mitigate the effects of piracy and prevent ex-patriot workers becoming the target of foreign extremist groups.

Brown, a former officer in the Australian Defence Force, indicated that national militaries were being forced to adapt their approach to maritime security in order to prevent their role being superseded by their counterparts in the private military sector.

“Our miners, our oil and gas companies, particularly the juniors operating in West Africa, or in the waters of West Africa, also contract private military companies whether for advice or actual physical protection on the ground,” Brown told the Lowy Lecture Series in May.

“Australia’s military and aid workers have had multiple experiences of encountering private military security companies in Afghanistan, the Solomons and Iraq, in fact in almost every field that they’ve operated in, and there is a real need there for them to know how to treat them, what their rights and responsibilities are, and where they fit into the battlefield or conflict zone.”

The rising importance of private military companies as facilitators of global security has become so pronounced that the International Committee of the Red Cross in 2008 negotiated an agreement regarding the obligations of these organisations in combat scenarios.

These rules of engagement were enumerated in the Montreux Document, with Australia playing a considerable role in drafting the terms of the finalised agreement signed by seventeen countries impacted upon by the use of private military companies including countries at the heart of the industry such as the United States of America and the United Kingdom.

Australia’s central role in the regulation of private military companies is not surprising: a 2009 Small Arms Survey undertaken by ActionAid revealed that Australian-owned organisations APAC Security and Maubere Security employed approximately 4200 people in East Timor alone. These private military companies operated predominantly on behalf of corporate interests, including oil and gas mining organisations, and provided a range of services such as protection and intelligence gathering.

James Brown suggests that Australians have a “good record of leadership when it comes to both regulation and coordination of private military security companies” and that there is a clear opportunity for Australia to play an ongoing role in the Indian Ocean Security Industry due to its involvement in both the mining organisations operating in the region and the private security companies that they are likely to employ.

“New Zealand has been quite proactive in making sure that its military personnel are required, in the documents they sign at enlistment, to report where they go after they finish working for the military. They will report if they are using their skills and where they are operating, and I think that might be something that Australia would want to consider,” Brown said.

“We face a degree of risk if Australians are involved in this industry get involved in incidents, and then look to Australia for consular support.”

The formal withdrawal of the United Nations Peace-keeping mission in East Timor at the end of this year is expected to take a dramatic toll on the private military industry in the nation, with over 1300 private security contractors employed by the United Nations being redeployed to other regions by their employers in 2013.