Rupert Murdoch’s News Ltd will consider a legal challenge to the government’s media reforms once legislation outlining the changes is released. 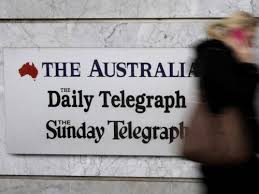 RUPERT Murdoch’s News Ltd will consider a legal challenge to the government’s media reforms once legislation outlining the changes is released.

The government has announced a raft of reforms, including a public interest test on media mergers and a Public Interest Media Advocate.

However the full details of the proposed changes are not expected to be made public until legislation is presented to parliament on Thursday.

News Ltd boss Kim Williams said he was “gobsmacked” by the lack of detail provided so far by the government on the planned changes.

However he said once the legislation was released, News Ltd would examine the detail and consider a legal challenge.

“Obviously we will assess any piece of legislation against its constitutionality and (if) on advice it is deemed to be challengeable, of course we will,” he told a business lunch on Wednesday.

Mr Williams said not a single senior newspaper executive or industry representative had had a meaningful consultation with the government ahead of Tuesday’s announcement of the reforms.

He derided the role of Public Interest Media Advocate as a “Public Interest Soviet Tsar” for the government to control media it doesn’t like, coming opportunistically on the back of the UK phone hacking scandal.

“I have never had any engagement on any proposal,” he said.

“And as the CEO of a company which has direct responsibility for employment in its various enterprises amounting to over 14,000 people that seems, let me be restrained, odd.”

He pointed out that Fairfax counterpart Greg Hywood had argued at a Finkelstein inquiry hearing, “there’s nothing systemic here that needs fundamental institutional change.”

Mr Williams also accused Communications Minister Stephen Conroy of putting “a gun to the head” of parliament by saying he wanted the new media laws passed by Thursday week.

“How dare Senator Conroy say he believes passionately in freedom of the press as a cornerstone of democracy,” he said.

“It is impossible to believe any such thing when these proposals are examined in a sober disciplined way.”

Key cross bencher Tony Windsor said he might vote against the package and Australian Greens MP Adam Bandt questioned whether the government was serious about its legislation passing parliament.

Mr Williams challenged the proposed threat to restrict the media’s exemption to privacy legislation to those who sign up to a press standards body, saying it was outrageous and would gag the media.

The abuses of privacy in the UK hacking scandal prompted calls from an angry public for more media regulation while concerns have been aired at reporting of Australian federal politics.

“Journalism is not possible without the freedom to identify people at the heart of the news … The public’s right to know what is going on,” Mr Williams said. –AAP