Prominent Australians living in the United Kingdom have attended a London reception hosted by Prince Charles and his wife Camilla. 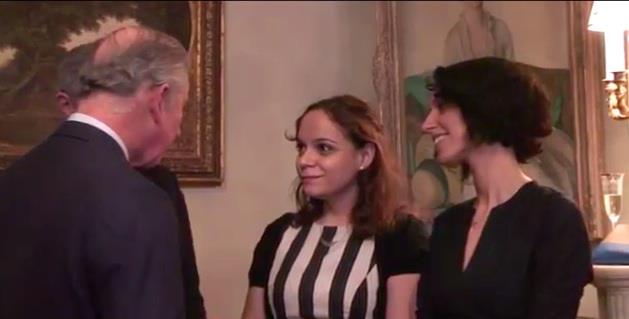 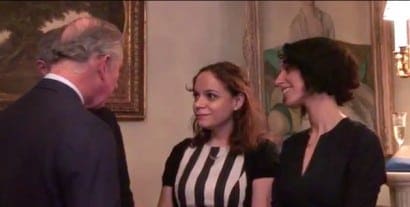 AUSTRALIA’S first indigenous Rhodes scholar didn’t have time to get nervous before meeting Prince Charles and his wife Camilla in London.

One minute Rebecca Richards was chatting with Australian high commissioner Mike Rann and the next she was shaking hands with the royal couple.

Ms Richards, 25, met the Prince of Wales and Duchess of Cornwell on Wednesday at a Clarence House reception for past and present winners of the UK Australian of the Year awards.

The South Australian scholar was named Young Australian Achiever of the Year in the UK on January 26.

The Wednesday reception was Ms Richard’s first meeting with royalty.

She said she had a “lovely” chat with Prince Charles about her anthropology studies at Oxford University.

“I’m really impressed they know so much about Australia and they take an active interest,” she said after the meeting.

Asked the curliest of questions on such an occasion – whether she considered herself a republican – Ms Richards answered with aplomb.

“I think Australia will eventually become a republic, definitely, but I’m not sure when or how.”

Ms Richards said it was a great honour to be recognised for her work examining how Aboriginal stories are told through art.

At the same time she’s continuing to organise exhibitions back home at the National Museum of Australia.

She met the royals alongside Ms Richards on Wednesday after missing out last year.

Ms Sewell wasn’t nervous about meeting Prince Charles and the Duchess in part because she had previously met the Queen.

“She was very real and very personable and he was brilliant too,” Ms Sewell told AAP.

The 2013 winner of the Australian of the Year in the UK award, milliner Frederick Fox, couldn’t attend the reception.

The Australian is widely-recognised as the founder of the fascinator – an inclusion in his 1999 collection.

Finalists for the 2013 UK New Zealander of the Year award, to be announced on Friday, were also present at the reception. – AAP