I confess, I’m a Leveson addict

It has suddenly dawned on me; the Leveson Inquiry won’t go on forever. But my cravings are only getting worse. 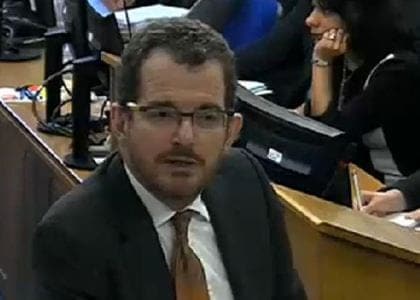 IT has suddenly dawned on me; the Leveson Inquiry won’t go on forever. But my cravings are only getting worse.

The two-part inquiry which Lord Justice Leveson said addresses one fundamental question: “who guards the guardians?” has run since November and has proved all kinds of exhilarating fodder for the press, officialdom and the public.

But like a most addictive drug – taking over every inch of your being, demanding every second of your attention and catapulting you into an overwhelming, seemingly unyielding sense of euphoria – the Leveson Inquiry comedown is inevitable.

After The Guardian exposed in 2011 the hacking of murdered teenager Milly Dowler’s phone by News of the World journalists and private investigator Glen Mulcaire, Prime Minister David Cameron announced the inquiry investigating the role of the press and police.

What followed in the weeks and months after that exclusive was published has been as dramatic and engrossing as it has been damaging.

The closure of Rupert Murdoch’s flagship Sunday newspaper, once the most read English language newspaper in the world, was just the start. News Corp was forced to abandon plans to buy the stake it didn’t already own in BSkyB, David Cameron’s press spokesman resigned and the one-time queen of the British press Rebekah Brooks, along with her husband Charlie, are charged for allegedly perverting the course of justice.

By the end of the first ‘module’, we’d heard from nearly 200 witnesses at a cost to the taxpayer of almost £1 million and it has apparently been tweeted more than the Eurozone crisis by British journalists.

While not seeking to trivialise the inquiry in any way, it has proven for this scribe such a fascinating docudrama.

Kate and Gerry McCann’s evidence about the treatment they received by the press after their daughter Madeleine went missing in Portugal was simply gut-wrenching, so too was the evidence given by Milly Dowler’s parents, Bob and Sally.

Those red tops had a field day with the plethora of celebrities that were rolled out soon after, most of them (rightly or wrongly) taking aim at the very people that make them feel like they’re some type of demigods.

We heard some incredible insights into the lives and times of the people in charge of Britain’s biggest (and lowest) circulating newspapers. We’ve heard J.K. Rowling’s disturbing testimony about her harassment at the hands of the paparazzi, in contrast to some nauseating appearances from the likes of Piers Morgan and Darren Lyons, while more recently we’ve seen the return of Mr Teflon, Tony Blair. And who could forget the ambiguously vague evidence given by Rupert and James Murdoch?

Leveson lead counsel Robert Jay QC has been an absolute joy to watch, as he has methodically gone about picking apart the evidence of witnesses given both directly and indirectly.

The Leveson Inquiry has, among other things, exposed some ethically wrong relationships between the fourth estate and policemen, as well as politicians.

But does the lay person actually care? The new Sunday Sun is going great guns. Does the public actively possess an interest in the comings and goings of the Leveson Inquiry, or is it merely just an obsession of the press because… well… it kind of affects us?

Well, this scribe can’t wait for the next hit.