The Australian Greens have put forward a plan to phase out live animal exports, as federal Labor prepares for a showdown on the controversial trade at its next caucus meeting. 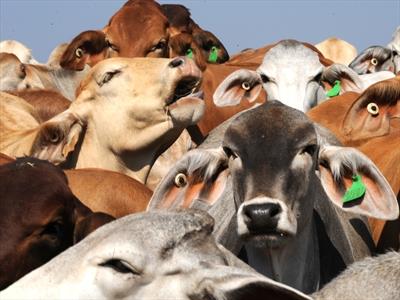 THE Australian Greens have put forward a plan to phase out live animal exports, as federal Labor prepares for a showdown on the controversial trade at its next caucus meeting.

The Greens on Monday released a position paper calling for the live animal trade to be replaced by a domestic industry that processes and packages meat for export at new facilities in northern Australia.

The five-point strategy argues domestic processing not only resolves animal welfare concerns but would boosts jobs and regional economies.

Debate around live exports was reignited recently after 21,000 Australian sheep were brutally slaughtered by Pakistani authorities who said the cull was necessary due to health concerns.

The incident prompted an investigation by the Department of Agriculture, Fisheries and Forestry (DAFF) and led to Australia’s livestock industry voluntarily suspending exports of sheep to Pakistan and Bahrain.

“Minister Ludwig is in denial about the long term viability of live exports,” she said in a statement.

“He has to admit Australia has a problem and take action to move away from live exports.”

Calls for the industry to move completely to a domestic chilled and frozen meat trade are not new and have been met with a lukewarm response from Australia’s livestock industry.

The Australian Livestock Exports Council has argued the live and packaged meat export trades are complementary, while DAFF says Australia can’t serve its export markets with chilled meats because of a lack of refrigeration and cultural preferences for live animals.

But a number of Labor MPs are advocating for the change of tack and will raise the proposal with caucus in two weeks.

Arguments that customers abroad would not have the refrigeration facilities to store packaged meat from Australia were a “furphy”, Mr Georganas said.

“If you have a look at who buys beef in Indonesia, for example, it’s not your ordinary villager. It’s someone that can afford it,” he told AAP recently.

“Most people that can afford beef do have refrigeration.”

Senator Rhiannon will travel to Western Australia in December to meet cattle producers and discuss the minor party’s proposal. – AAP