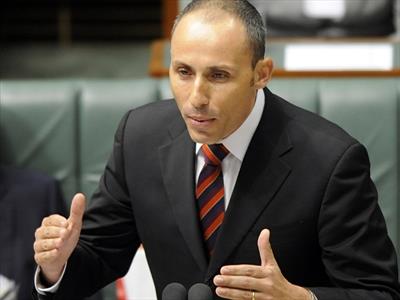 THE federal government has rejected Rupert Murdoch’s claim that its language about foreign workers is racist.

Prime Minister Julia Gillard has said she was concerned the 457 visa program was being abused by employers and Australian workers were missing out on jobs.

But Mr Murdoch, chairman and CEO of News Corporation, has labelled the government’s language on 457 visas as “pretty disgraceful and racist”.

“I’m a big one for encouraging immigration, I think that’s the future,” Mr Murdoch told Sky News on Tuesday.

“I think that’s the future, a mixture of people.”

Assistant Treasurer David Bradbury said there was “nothing racist about standing up for jobs and job opportunities for Australians”.

“What we have seen have been many examples and many instances of abuses and rorts in this area,” Mr Bradbury told reporters in Sydney.

“We think it’s absolutely essential that we crack down on those rorts and those loopholes.”

Greens leader Christine Milne said the Murdoch-owned newspapers across Australia had been using the same kind of language about asylum seekers.

“If he is big on the creativity that immigrants bring to a community then he should tell his editors to take that view to asylum seekers,” she told Sky News.