The first asylum seeker boat to arrive in Australian waters since the government's Malaysian refugee swap deal was struck down by the High Court has been intercepted near Christmas Island. 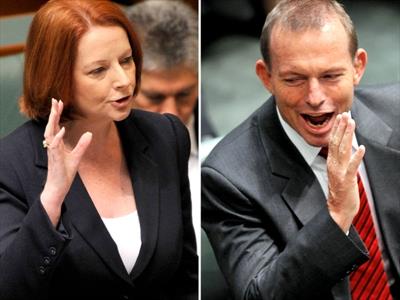 HMAS Wollongong intercepted the vessel, which had 72 passengers and two crew on board, north of Christmas Island on Friday after an RAAF aircraft detected it.

The passengers are being transferred to Christmas Island, where they will undergo initial checks.

The boat is the first of a predicted surge in arrivals in the wake of the court’s August 31 verdict ruling the federal government’s controversial so-called Malaysia solution unlawful.

The government is expected to officially confirm the boat’s arrival on Friday evening.

Labor, meanwhile, is scrambling to formulate a new asylum seeker policy, signalling it may try to amend the Migration Act to circumvent the court’s ruling.

But he has ruled out supporting changes aimed at reviving the Malaysian deal.

Senator Brown this week labelled the officials “xenophobic” and “turkeys” for advising Mr Abbott that processing asylum seekers in the community could cause social divisions.

“Julia Gillard should make it absolutely crystal clear to her co-prime minister the public service is to be treated with respect,” Mr Abbott told reporters in Sydney.

But the coalition is also angry that just hours before Mr Metcalfe briefed Mr Abbott about the implications of the court’s ruling on Wednesday he gave journalists an off-the-record preview of his presentation.

Opposition immigration spokesman Scott Morrison labelled the move an “outrageous breach of trust” that compromised the integrity of the advice.

“If Australia’s most senior immigration public official was co-opted into this act it reflects poorly on the government and minister Bowen in particular,” Mr Morrison said.

United Nations Secretary-General Ban Ki-moon on Friday urged Australia to keep a “sense of balance and proportion” in the ongoing asylum seeker debate.

“Australia has been a consistent champion of human rights. I’m sure that the firm commitment to human rights will guide and inform a future discussion on refugee issues here,” he told reporters in Canberra.

Mr Morrison said it was the 100th boat to arrive since Julia Gillard took over the prime ministership in late June last year.

“Since Julia Gillard became prime minister there have been 100 boats with 5710 people on board,” he said in a statement.

“At the same time, the number of people in detention has surged to record levels, with more than four critical incidents occurring in our detention network every single day.

“This latest arrival demonstrates that people smugglers are not running scared under Labor. They are running boats to Australia.”