Media reforms face obstacles in Australia and the UK 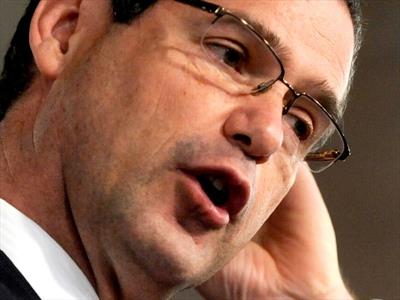 THE AUSTRALIAN and the UK governments seem locked in similar battles this week, as each attempt to pass new measures to regulate the media.

In Australia, Communications Minister Stephen Conroy’s media reform package has been subject to sustained criticism, with News Limited in particular mounting a significant challenge to any reform attempts.

Details of the legislation were released yesterday. It proposes stronger self-regulation in the industry and a new public interest test for significant media company takeovers and mergers.

Head of News Limited Kim Williams condemned the proposals and has likened Mr Conroy to a ‘Soviet’ despot.

“[The Government is] hell-bent on imposing last-century regulation to control a media it doesn’t like,” Mr Williams said at an address to the Australia-Israel Chamber of Commerce on Wednesday.

“We are on the precipice of a ham-fisted attempt to restrain, contain and at its worse punish, in a way which is totally out of step with the energy and character of modern media and technology.”

Mr Conroy says the changes will ensure a media sector that is fair and diverse.

“The Government passionately believes in freedom of the press as the cornerstone of democracy,” he said.

“At the same time, the Government believes that a democracy needs a diversity of voices within its media – this is essential.”

The proposed media changes have come off the back of the Finkelstein report released last year, which suggested ways to tighten up media regulation in Australia following the News of the World scandal in the UK.

The scandal exposed deeply entrenched practices of phone-hacking in the now defunct News Corporation title, and led to the Levenson inquiry – a 16 month public inquiry into “the culture, practices and ethics of the press”.

Mr Cameron is however facing hostility in the UK press over his bill. Mr Cameron has walked away from cross-party negotiations with Labour and his coalition partner the Lib-Dems over the implementation of the Levenson Report recommendations.  He plans to bring on a Commons vote on the issue, with Labour and Lib-Dems supporting a legislatively protected body to oversee a revamped Press Complaints Commission and Cameron rejecting statutory regulation.

Campaign group Hacked Off has condemned Mr Cameron’s move and believes he is trying to protect the media by trying to rush the regulations through.

“This is a shameless betrayal of the victims of press abuse,” Prof. Brian Cathcart of Hacked Off said.

“The Prime Minister has walked away from talks in which other parties were trying desperately to accommodate his views on a Royal Charter.”

In Australia Independent Rob Oakeshott believes the government’s Bill faces likely defeat as well, suggesting that politicians and the public have not been given enough time to scrutinise the legislation.

“Frankly, I would be very surprised if the government puts this to a vote and that’s where it is looking,” he told AAP on Friday.

“The process looks to be a dog’s breakfast.”