Australia is unlikely to overhaul its media laws in response to the News Corporation phone hacking scandal in Britain, an analyst says. 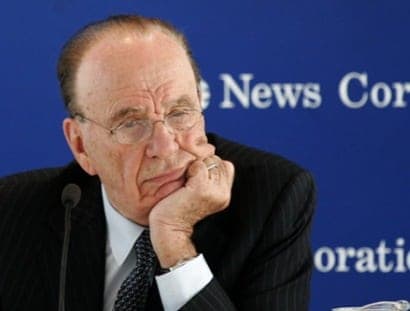 CALLS for an inquiry into media ethics and standards in Australia have grown as fresh revelations about the News of the World voicemail scandal engulf Rupert Murdoch’s empire.

Prime Minister Julia Gillard on Thursday said she was open to discussing with other politicians the possibility of a parliamentary review into the media, as suggested by Greens leader Bob Brown, who says Australia’s media ownership rules are too lax.

But Scott Maddock, director of investment firm 2MG Asset Management, says the chances of a regulatory clampdown on Australia’s media sector are slim.

“I think it would be the wrong thing to do because I don’t think it’s going to go anywhere,” Mr Maddock told ABC Television on Sunday.

“There is as yet no evidence that there’s any wrongdoing here, and I don’t see that the government has any legal recourse to force divestment of existing ownership structures.”

Mr Maddock said the dumping of News Corp stocks last week was mainly “a psychological reaction” rather than a reflection of the now-abandoned takeover of satellite broadcaster BSkyB by News International, News Corp’s UK publishing arm.

He said the deal, which would have increased the Murdoch group’s interest from 39 per cent to 100 per cent, was unlikely to be off Mr Murdoch’s agenda.

“BSkyB is a hugely profitable, very successful business developed largely by Rupert and News Corporation, and by rights they should own all of it,” Mr Maddock said.

“He’s really good at achieving what he wants to achieve … so they will not put BSkyB off the agenda – it’s just going to be delayed.”