An Anzac Day in London to remember

ANZAC Day is an important event in London’s calendar. Whitehall is closed to traffic. The Westminster Abbey Choir warms up its collective larynx. This year, only the weather chose not to put on its best behaviour for the occasion. 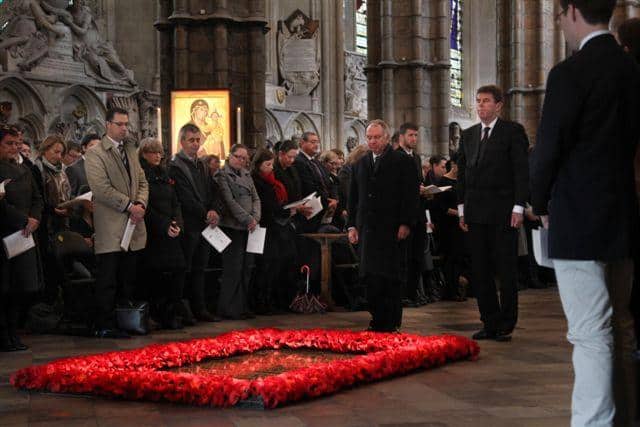 Image by kind permission of the Dean & Chapter of Westminster. 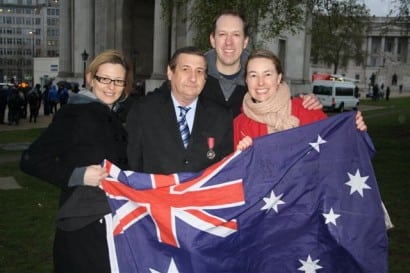 ANZAC DAY is an important event in London’s calendar. Whitehall is closed to traffic. The Westminster Abbey Choir warms up its collective larynx. This year, only the weather chose not to put on its best behaviour for the occasion.

For the 4:30 am Dawn Service, thousands of Australians and New Zealanders amassed in a crepuscular corner of Hyde Park.

Following the tradition according to which Anzac Day Dawn Service is held in alternate years between the Australian and New Zealand War Memorials, crowds huddled before the 2006 Kiwi monument of 16 bronze pillars.

Two hours earlier, in Gallipoli, Turkey, Australian Prime Minister Julia Gillard had told the assembled crowds of the Diggers in 1915 and promised that “the sun will never set on the story of their deeds.”

In the weak light of an early London morning, we remembered them.

Four hours later, at 11 a.m., minus those who had returned to bed or gone to the office, a smaller but equally happy few collectively remembered at London’s Cenotaph on Whitehall.

The Cenotaph or “empty tomb” stands soberly and unadorned to the memory of those lost in battle whose bones lie in “some corner of a foreign field.” Traffic was stopped through the normally busy Whitehall as a marching band and dignitaries encircled the monument for a mid-morning act of remembrance.

The weather had deteriorated but the masses’ enthusiasm was high as spectators moistly clapped on the marching members of the armed forces, past and present.

In trying conditions and with umbrellas akimbo, people from all backgrounds came to commemorate.

One attendee remembered living in the Solomon Islands with her husband, an armed services officer, following World War II.

In the rain and the gusty winds, we remembered them.

The crowd was only too happy to cross Parliament Square and seek sanctuary inside the dry Gothic Portland stone of Westminster Abbey for the noon Service of Commemoration and Thanksgiving to mark Anzac Day.

Scores of wreaths, multiple God Save the Queens and a handful of Last Posts later, Anzac Day 2012 London ended.

In the historical surrounds of Westminster Abbey, we remembered them.  Just as we in London do every year.

As Prime Minister Gillard said at Gallipoli, “We come back. As we will always come back. To give the best and only gift that can matter anymore — our remembrance.”

Photo gallery: check out our Anzac Day in London images