An Australian feast: Cooking with Kangaroo

As an Australian living in the UK, you end up hosting quite a few dinner parties for new British friends. Why not give them a taste of home, with our how to cook kangaroo guide.

by Courtney Greatrex
in Lifestyle, Recipes 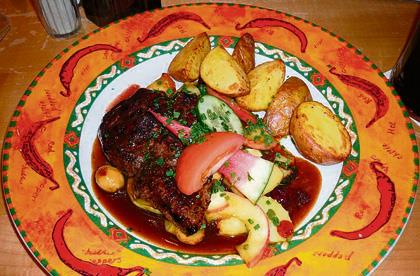 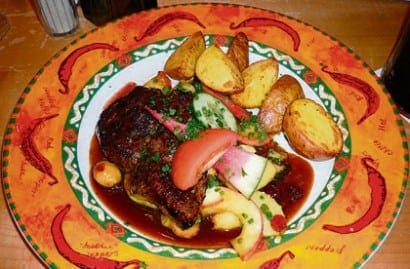 IN the confines of a southeast London flat, a group of Brits sit in the kitchen of an Aussie expat’s home. They crossed the threshold with the usual ‘shrimp on the barbie’ jabs, predicting a dinner party which would end with a Neighbours theme tune sing-a-long. Greeting my guests with a carefully selected Australian shiraz was only their first pleasant surprise of the evening.

“So what’s on the menu?” they ask with eager eyes and grumbling bellies. I tell them “Kangaroo” and watch as a mixed response sweeps across the table. Half are enthusiastic about the thought of a new challenge, and the other half look at me with eyes that say “if only the wine was where the Australian culinary adventure ended.”

The menu choice was sealed when I discovered Lidl is now selling a deluxe 300g pack of two kangaroo steaks for £3.99. Compared to the cost of beef steaks, which have sky rocketed to a whopping £9 for the equivalent weight, I thought it was the perfect opportunity to treat my friends to some red meat — and a taste of home.

A few more glasses of shiraz and the stigma around eating an animal which featured on Australia’s coat of arms was forgotten. My friends enjoyed the mini indoor steak-out, and may even now be converted to the more environmentally friendly alternative to beef.

Why is kangaroo better than beef?

Kangaroo meat is much leaner and higher in iron than your average beef steak. It contains high amounts of polyunsaturated fat and is pretty much free of any chemicals that are usually associated with farmed stock. It costs Australia next to nothing to produce kangaroo meat; it is mainly sourced from wild animals as a byproduct of population control programs. It is only harvested by licensed shooters in accordance with a strict code of practice. Exported Kangaroo meat is inspected by the Australian Quarantine and Inspection service.

How do I cook it?

If you’re looking to fry a kangaroo steak, be careful not to overcook it. There is far less fat in this meat and it can easily become dry and rubbery. However, if cooked correctly, a kangaroo steak is delicious and full of flavor.